One of the most noteworthy features of the Note phones has always been the inclusion of Samsung's S Pen. Whether you're keeping track of items on a shopping list or jotting down ideas for your next big editorial piece, the S Pen is always ready and waiting. Thanks to the Note20's 120Hz screen, the writing experience is better than ever this year, with under 9ms of latency. That's a ridiculous reduction from the 40ms lag on the Note10+ — Samsung is serious about investing in the S Pen. In David's review, he said "the ink practically feels like it's coming out of the tip of the S Pen — it's that responsive." It even makes fancy sound effects that mimic the actual sound of pen on paper, if you're into that. Just don't even bother trying to use the new gesture controls. 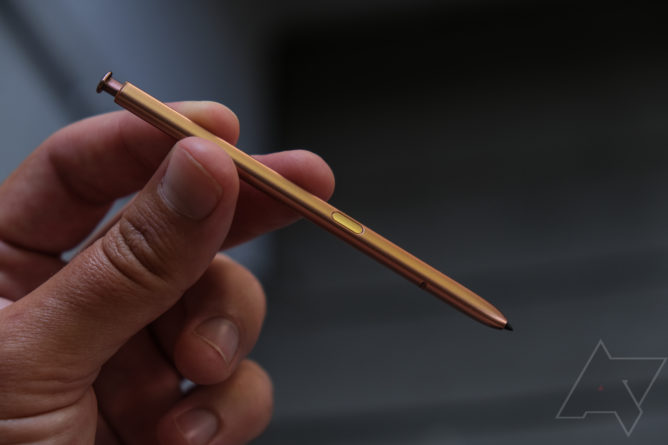 The Note line has always boasted some of the best specs in the business, and that isn't changing this year. With Qualcomm's Snapdragon 865+ chipset and 12GB of LPDDR4X RAM, the Note20 Ultra can run rings around pretty much any lesser-equipped Android device currently on the market. Sure, you probably don't need that much power to snap photos, play Angry Birds, and get depressed on Twitter, but it's nice to have just in case you need to edit some 4K video on the go. Okay, but seriously, the more powerful a phone is, the longer it will stay fast as the years go on. The Note20 Ultra is one of those phones that will still feel snappy in, say, three years.

That's right — the Note20 will be supported just as long as Google's own Pixel devices. Samsung announced the extended software support period during its Unpacked event, and honestly, it's one of the things that excited me the most. Apple fans love to laugh at us while showing off their iPhone 2 running the latest iOS 17.8 beta, but this is a step towards changing that. Three years really isn't that much compared to how long Apple supports its devices, but it's still a year longer than a lot of Android OEMs. Microsoft is doing the same thing with the Surface Duo, so it seems like Android as a whole is on a promising path when it comes to OS upgrade longevity. 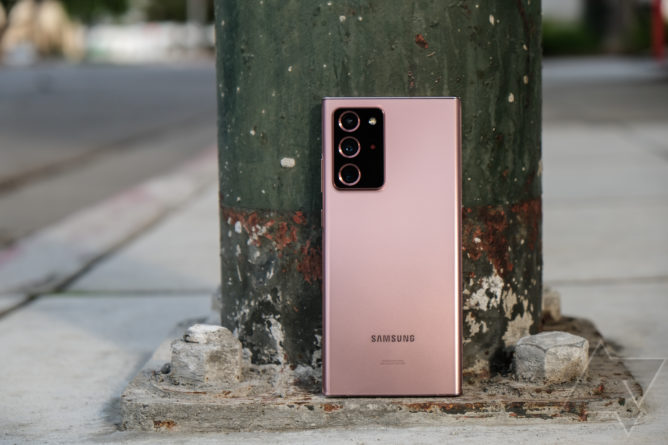 Elegant design with a near bezel-less display

I've never been the biggest fan of Samsung's design language, much preferring Google's simpler, more colorful style. But even I have to admit that the Note20 Ultra is a very handsome piece of hardware. The color options are elegant, and the camera module curves in all the right places. (Although it's a bit too bumpy for some people.) On the front of the phone, there's a near bezel-less display that goes corner to corner. The only interruption is a hole punch selfie camera, but it's small enough, and it's centered to keep things symmetrical.

A big screen with an even bigger refresh rate

I like big screens and I cannot lie. Throughout my first years of college, I told myself I was fine with my Moto E5 Play's 5.2" display. But you know what? I was wrong. 6.9" is the only size a screen should be. It's perfect for watching YouTube videos on the go. Heck, I hate people who watch entire movies on their phones, but on the Note20 Ultra? I think it'd be forgivable. Samsung always hits it out of the park with its panels, and this 20:9, 3088x1440 OLED screen is no different. It supports HDR content with 496ppi, so science says that you won't be able to pick out individual pixels no matter how much you squint. The 120Hz refresh rate is the icing on the cake (even if it doesn't work at the full 1440p resolution). A high refresh rate screen makes scrolling through the most monotonous of emails more entertaining. And thanks to Samsung's adaptive refresh rate technology, the phone will limit the rate back down to save battery when you don't need it. 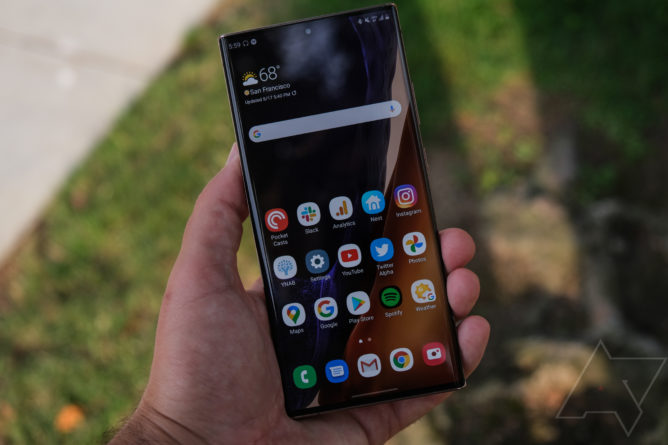 Convinced that the Note20 Ultra is the phone for you? Hold your horses! First, make sure to check out the five worst things about the phone. Oh, and be sure to take note of David's lengthy review as well. He didn't spend time writing 4,000 words for you not to read it.

Seven tips and tricks for YouTube Music on Android

Samsung Galaxy S20 Fan Edition will come in at least 6 colors, may have Snapdragon option in Europe