Google has been working on call recording in its Phone app for some time now — we've first seen some evidence back in January, followed by some screenshots and videos of the feature in action. It seems like the company is getting ready to roll it out to the public as first people in India share that they have access to it, which was first reported by XDA Developers.

In a post to Nokia's forums, a Nokia 7 Plus owner shared screenshots of the call recording button appearing during a call as well as the interface in the recent calls section of the app. Some people initially suspected the change showed up because the person was using a US VPN, but other members chimed in to confirm that they've received access to call recordings without using a virtual network. Due to the "Change SIM" button native to dual-SIM phones, the record button is pushed to a second page during the call, so it's possible the feature has already rolled out to some people who haven't noticed it yet. In the long term, it should become available on all Google Pixel phones, Android One handsets, and on devices that run near-stock Android where call recordings are legal. 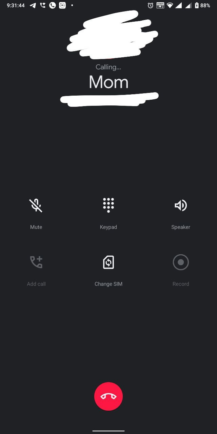 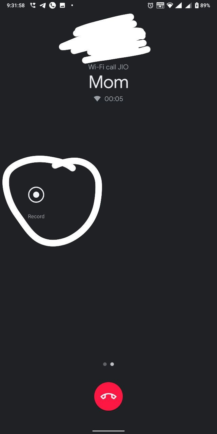 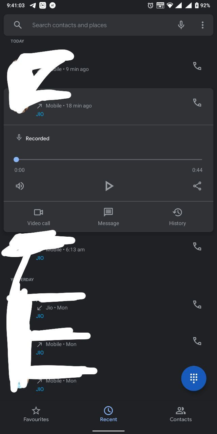 There's currently no way to force call recordings to show up in the app, so you'll just have to wait until it rolls out to your handset. It might still help to use the latest beta of the app, so be sure to check for updates on the Play Store or over at APK Mirror. In the future, the Phone app might even come to more devices, giving even more people the ability to record their calls.

A wider rollout of the phone call recording feature probably isn't too far out as Google has added a support page detailing how it works. It states that you need to run Android 9 or higher and use the Google Phone app "on a supported device and country or region," without specifying which exactly are supported. It's safe to assume Pixel and Android One handsets are among them, though, just like India should be on board as a region.

Other than what we already know thanks to the screenshots above, the page goes on to explain that you can only start recording once the other party has picked up, as they must hear a pre-recorded disclosure informing them that the call is being recorded Google automatically plays. You also can't start recordings when you're on hold, muted, or on a conference call.

The call recording functionality appears to be going live on some Xiaomi devices, including the Redmi Note 8 Pro, Redmi Note 9S, and Redmi Note 9 Pro. This comes after an update rolled out to the Mi A3 and Mi A2 Lite enabling the same feature.

However, it seems to be a bit buggy — there are reports of recordings not being saved properly, and the caller is sometimes unable to hear the person on the other end with recording enabled.

Samsung Galaxy S20 Fan Edition will come in at least 6 colors, may have Snapdragon option in Europe

Ask us anything about the Microsoft Surface Duo (Q&A)