The third-generation Moto 360 was released at the end of last year, notably developed by eBuyNow and not Motorola. It was a good-looking watch that generally worked well, but the original $350 asking price was ridiculous. Now the Moto 360 is available for just $179.99, almost $100 cheaper than the Fossil Gen 5 currently costs.

The new Moto 360 is equipped with a Snapdragon Wear 3100 chipset, a 1.2-inch fully-circular AMOLED screen, 8GB of internal storage, 1GB of RAM, 3ATM water/dust resistance, built-in GPS, and NFC for contactless payments. It functions almost identically to the Fossil Gen 5, except that you don't get the proprietary software features that Fossil has developed, like enhanced fitness tracking and custom battery modes. 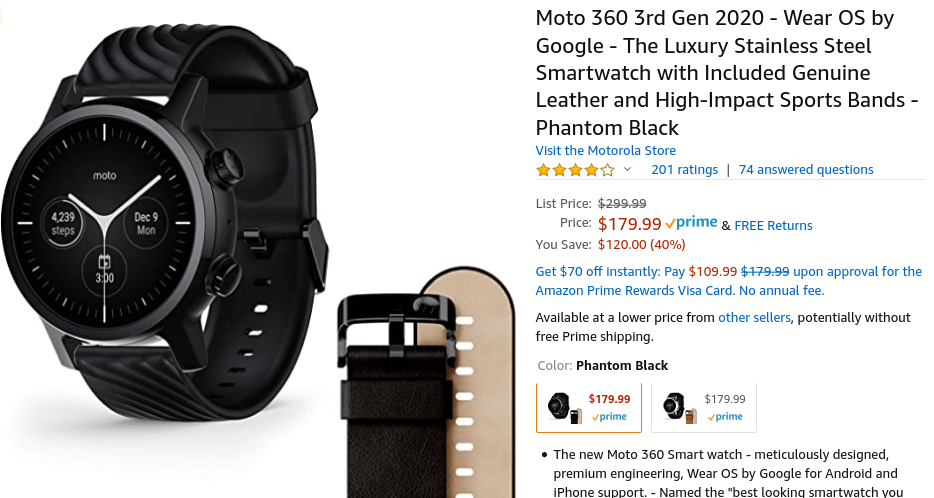 The watch is available from Amazon at the link below, in both black and silver colors. If you're on the fence, check out our full review from earlier this year for more details.