Google has been teasing and working on a dark theme for Maps for well over a year, but it's yet to come to full fruition. It looks like that's about to change, as app sleuth Alessandro Paluzzi and 9to5Google have found evidence that Google might be close to release dark mode to the public.

In an app teardown of Maps beta 10.50, 9to5Google found a few strings that point to new settings entries that will allow you to turn on dark mode. You'll also be able to specify if you want the app to follow the system theme. It looks like the company is additionally planning on adding a pop-up or note going over the new theme once it goes live.

<string name=”DARK_MODE_SETTINGS_DIALOG_NAV_SETTINGS_DESCRIPTION”>In settings, you can also change the appearance of the map during navigation</string>

Alessandro Paluzzi managed to make the corresponding settings entry show up and has shared screenshots of it on Twitter, complete with images showing how Google is putting finishing touches on the dark theme. Menus and the search bar can already be seen in gray, but the map itself and the navigation bar are still as bright as they've always been. 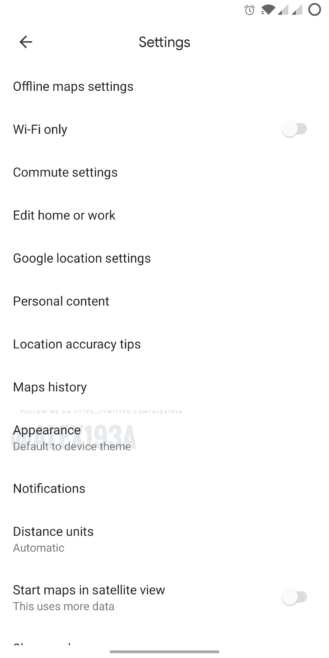 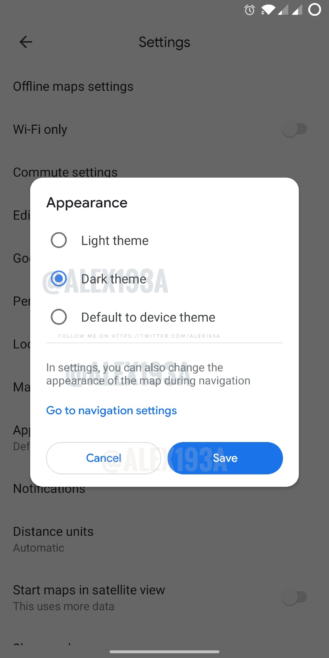 Above: The new settings entries. Below: Work-in-progress dark mode. 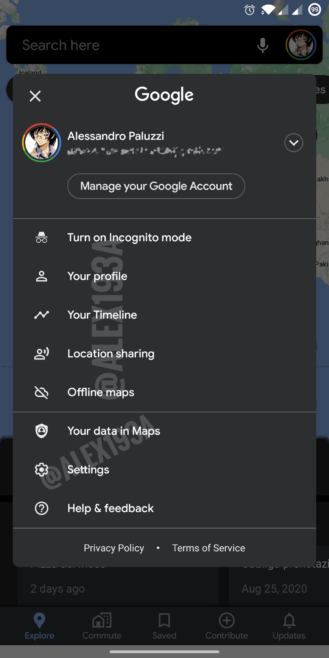 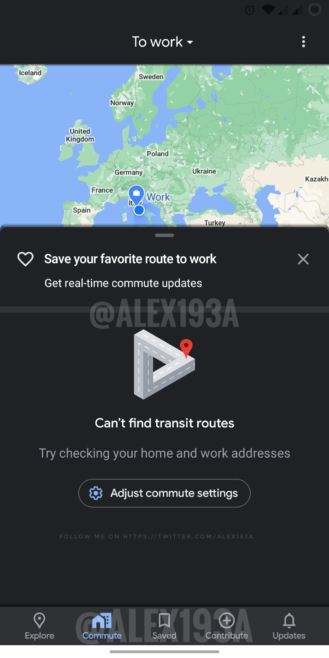 With all of these changes in place, it likely won't be too long until Google releases the new theme officially. You can download version 10.50 on the Play Store by joining the beta program or over at APK Mirror, but note that unless you're a developer ready to dig into the code to activate some flags, you won't see this work-in-progress dark mode just yet.

#Google is finally working on the dark mode for Google Maps 👀 pic.twitter.com/DhbLeaiY9G

If you're itching to see how dark mode will look like on Maps, you can get a tease through the Google app (a screenshot of which we've added to the top of this article). Some searches inside Google open up a stripped-down web version of Maps, which already comes with a dark theme.