Just last week, Chrome 85 rolled out to the stable branch across desktop and mobile platforms, with a heap of interface changes and new developer features. Chrome 86 has now graduated to the Beta Channel, and it mostly focuses on new capabilities for web developers. Let's jump right in!

Google added a feature to Chrome's package manager last year that periodically checks for stolen/leaked passwords, and if one of your passwords is compromised, the browser will prompt you to change it. Starting in Chrome 86, those notifications will now have a 'Change password' button to take you to the right page in one press. 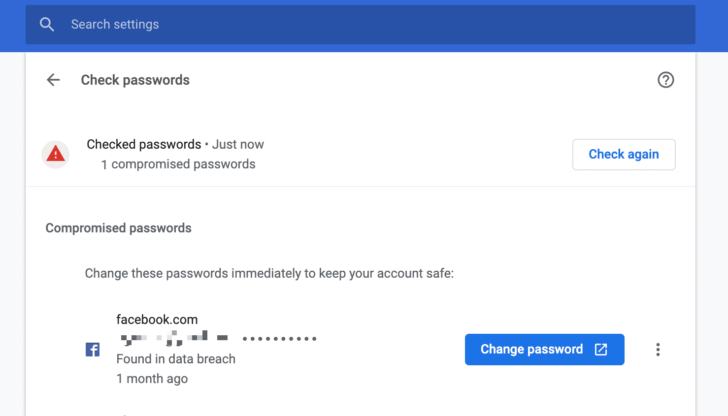 This uses a feature that Apple implemented in Safari 12 and iCloud Keychain on iOS 12, called 'well-known URL for changing passwords.' Websites can tell the browser where the account page to change passwords is located, making the process a bit faster and easier. Since this isn't a brand new feature, it already works for Twitter, WordPress.com, Spotify, Postmates, and other sites.

Web pages have never been able to directly access your computer's (or phone's) file system, unless there was a plugin like Java or ActiveX involved somewhere. The Native File System API changed that when it appeared in Chrome 78 as an Origin Trial, and now it's rolling out widely as part of Chrome 86.

Here's how the API works: A web page can bring up a file picker dialog, just like you would see when clicking an Upload button on any web site. One file, a group of files, or an entire folder can be selected (it's up to the web page). 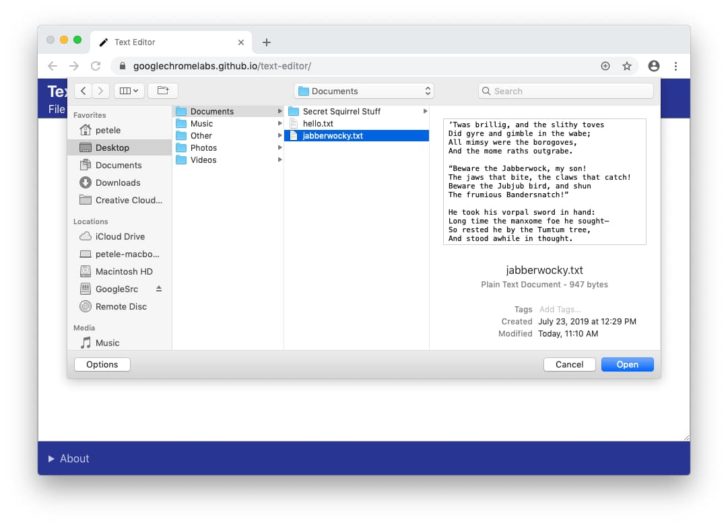 Before you start freaking out that web sites can now alter your files, there are a lot of security precautions built into this already. Sites can only see the files you specifically select, they can only save changes back to those files if granted permission, and an indicator is added to the address bar if a site has file permissions (on the desktop, anyway). Also, the permission is only valid until the site is closed. 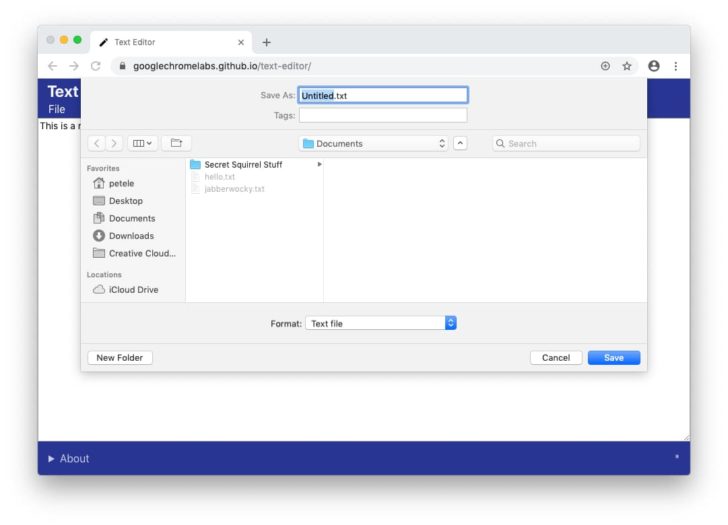 There are already some great examples of this functionality, like a web app that watermarks an existing PDF file, a recreation of Microsoft Paint, and a viewer for tomography scans. I'm looking forward to seeing what sites will do with the API now that it's widely available.

As always, this update includes changes for both users and developers. Here are some smaller changes included in Chrome 86:

Get the latest Moto 360 smartwatch for just $180 on Amazon