If you navigate to either game's Video Settings, you'll find that you can now change the aspect ratio from the stock 4:3 to the newly-added 16:9 option, which provides a wider view, but may irritate purists since each game was designed to be played in 4:3. Luckily the 4:3 option is still there for those that prefer it. There are also two new options in the Set FPS Limit setting, allowing players to choose from 90 FPS and 120 FPS (the 30 FPS and 60 FPS options are still there too). Of course, if you'd like to read the changelog for yourself, I've pasted it below.

WHAT'S NEW
Featuring 16:9 rendering, and support for DeHackEd-based Add-Ons, our new update for DOOM & DOOM II on all platforms is our biggest one yet! We have also improved performance, and now support 90hz and 120hz devices, which can be enabled in Video Options

As you can see, along with the new 16:9 feature and high frame rate support, you can also take advantage of DeHackEd-based add-ons. Of course, seeing that high frame rates were just added, I took each game for a spin on the Red Magic 5S, and I can confirm both titles play as smooth as butter at 120Hz. So if you'd like to check out all of today's changes for yourself, you can grab both games through their respective Play Store widgets below. 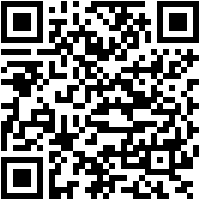