Video from a year ago via r/AssholeDesign 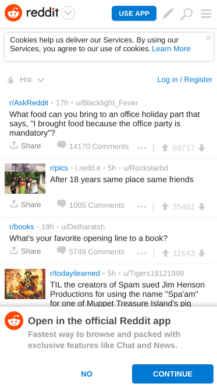 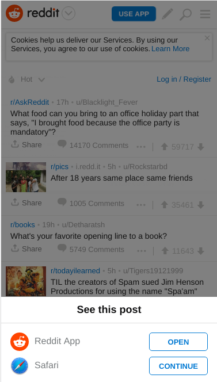 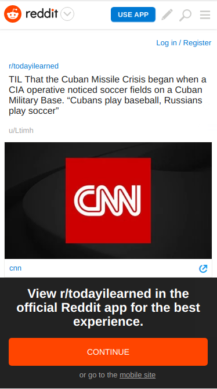 Screenshots from two years ago via Hacker News

Reddit only debuted its official app in 2016, so the 50-million milestone in that timespan is pretty impressive. Also impressive are the tactics that the company used on the mobile version of its site to get people to download said app (on both Android and iOS). Try to use the mobile site, and you'd be greeted with endless popups and flashing buttons begging you to download the app. Reddit went as far as to force people to log in to see content on the mobile site earlier this year, which people obviously weren't thrilled about.

We must go deeper...

It seems that the popups and flashing buttons have since subsided slightly, but we're sure that many of the downloads occurred purely because of those. That said, if you're still looking for a mobile Reddit client, there are plenty of good third-party alternatives; I personally use Slide for Reddit, but there are many more if you just do a bit of digging around.