As we all know, OnePlus is working on a OneUI-inspired redesign for its flavor of Android 11, and the first fruits of that work are already available for everyone to see on their OnePlus phones. The company has updated the Play Store beta of its weather app with the new visuals from OxygenOS 11.

You'll first notice that version 2.7 of the OP weather app loses the playful gyroscope-based animations in favor of more realistic-looking imagery. While the general layout doesn't change, the fonts are now much bigger, and while the daily and hourly forecasts may look less busy, they're also harder to tell apart since they look much more similar. There's also no longer the temperature graph dividing the two, giving you an idea of how the weather changes over the next days — the numbers shall be your only judge. At least the sun's position is displayed in the form of a diagram starting with the update, so let's hope that OnePlus brings back the temperature graph later.

If you want to get your hands on the new version of the weather app, you can join the beta on the Play Store via this link or download it from APK Mirror straight away. 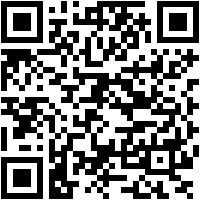