For a long time, YouTube Music featured a near useless Hotlist tab that collected a few trending music videos you may or may not care for. The developers have long replaced it with the much better Explore section that gives you a personalized selection of new albums and singles, playlists, genres and moods, and more. This experience is in for a small facelift some Redditors have spotted: Apart from a slightly revised design, the new page now features charts for them.

Charts aren't entirely new to YouTube Music. They've been available in the Home tab, but you have to scroll quite a bit until you see them. The new Explore page puts them front and center, right among shortcuts to new releases and moods and genres that were previously the only shortcuts available at the top of the page. 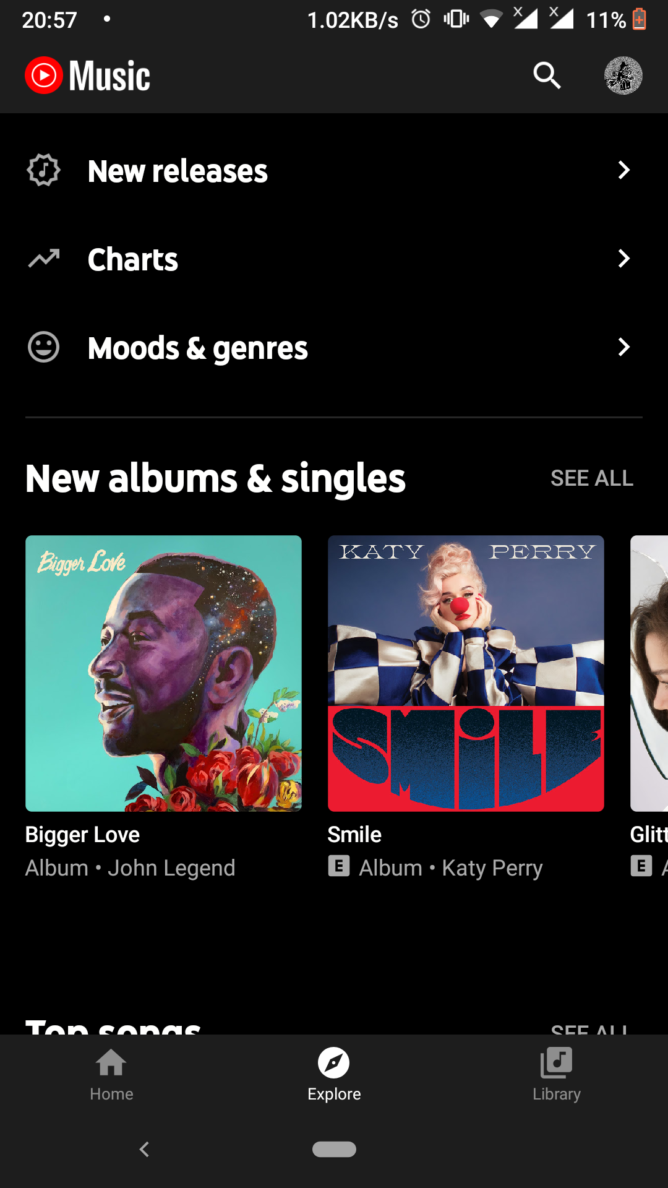 Left & Middle: The old Explore page and the charts in the Home tab. Right: The new Explore page.

Besides the addition of charts, you'll also notice that all three shortcuts feature gray backgrounds on the web app, making them look more in line with the other buttons. In the Android app, the shortcuts are arranged as a list and have gained helpful icons, depicting what they are. 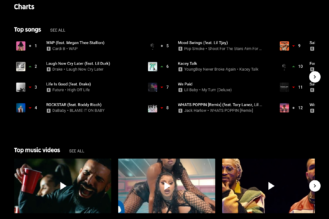 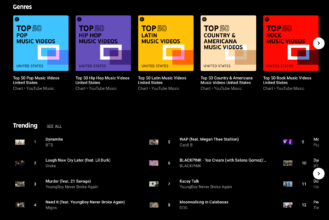 When you click the charts shortcut in the web app, you're greeted by a new interface that shows you the top 50 songs, artists, music videos, though top albums are nowhere to be seen yet. You can also browse the top songs per genre.

The rest of the Explore experience seems to remain unchanged, but we haven't had our hands on the new design just yet, so we can't say for sure. We also haven't seen how the mobile app handles the changes. 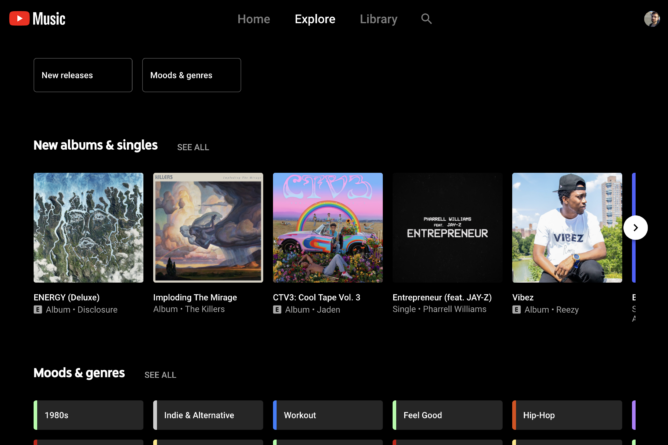 The current design in the web app.

It looks like the new Explore tab is only rolling out to a few people at the moment on both the web and the mobile apps, and even an update to the latest version we have on APK Mirror (3.81.52) wouldn't make the changes appear for us. As such, you'll have to be patient if you're itching to access charts this way.