Samsung's One UI 2.5 update comes with a small surprise. In addition to all the other named and unnamed improvements, it also brings audio recording to motion photos in Samsung's camera app. So not only will your photos include a short video if you have the feature enabled, now those clips have sound, too.

In case you're unfamiliar, the concept of recording a short video to accompany a photo was all the rage just a few years ago, letting you capture a lower-resolution video together with your higher-resolution image, potentially helping you salvage a shot you might have missed, and providing a bit of context for your photo. It's an optional feature in the Samsung camera app, controlled by a single toggle near the top right of the interface: 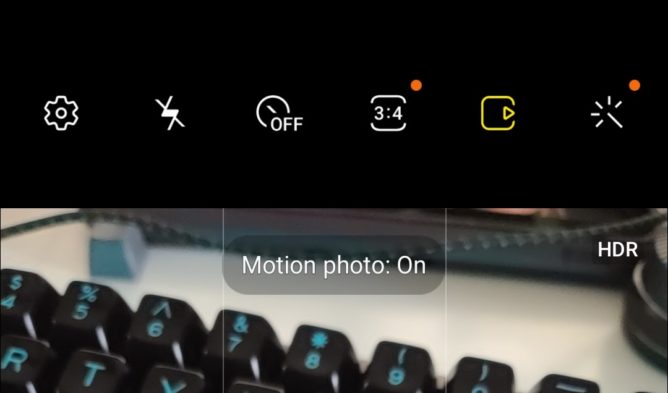 We were tipped off about the change by a reader late last week, and we've been able to verify that sound in motion photos is live and present in One UI 2.5 on a Galaxy S20 Ultra. Testing on some older devices running OneUI 2.1 shows that the feature is absent, so while Samsung's feature list for One UI 2.5 doesn't explicitly mention this addition, we're confident it's tied to the update.

This change brings Samsung's motion photos feature closer to parity with the iPhone, which also records sound in video clips as part of its similar Live Photo feature.

The "Single Take" feature for flexibly capturing video and stills together can also now be configured for a custom period from 5-15s, rather than a fixed 10s, as in previous releases.