Samsung's new smartwatch on the block is the Galaxy Watch3, featuring the company's latest hardware and software packed into a traditional-looking watch. However, at a starting price of $400 (with configurations that make it almost $500), it's not an impulse purchase. There's also the competition to consider, namely the Fossil Gen 5.

The Fossil Gen 5 is the flagship smartwatch for Google's Wear OS platform right now. Thanks to its Snapdragon Wear 3100 processor and 1GB RAM, it's faster (and less buggy) than most other Wear OS watches, and it's also significantly cheaper than the Galaxy Watch3. In this guide, we'll help you figure out which timepiece is the best choice for you.

Hardware: Ever so slightly different

At first glance, the Galaxy Watch3 and Fossil Gen 5 look fairly similar. They both resemble traditional watches, with large band lugs and multiple side buttons, and some of the internal hardware is even similar. Both models have 8GB of internal storage, 1GB RAM, a heart rate sensor, and NFC for tap-to-pay. They also share limited water/dust resistance, so you can take them for a short swim (or a hand wash) without worrying about hardware failures.

The greatest hardware difference between the two watches is the size — or more accurately, sizes. While the Fossil Gen 5 is only available in a single 44mm size, the Galaxy Watch3 comes in both 41mm and 45mm sizes. If you have small wrists, the 41mm Watch3 might be the best option. 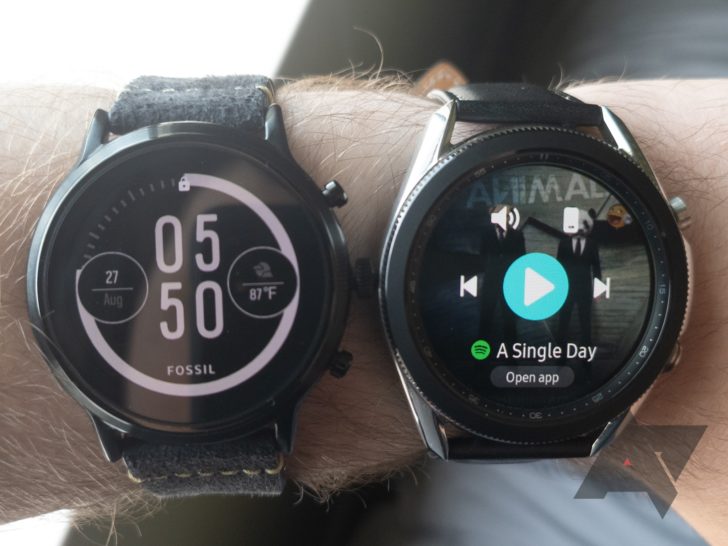 The Galaxy Watch3 has more health sensors than the Fossil Gen 5, namely an Electrocardiograph (ECG) monitor and a blood pressure monitor, but there are catches to both. The ECG sensor was only recently approved for use in the United States, but as of when this article was written, Samsung hasn't rolled out the update to enable it. The blood pressure monitor hasn't even been approved by the FDA yet, and it requires calibration with a dedicated machine to get an initial reading.

Finally, the physical dials on both watches are different. The Fossil Gen 5 has a small dial on the right side, which you can twist to move up and down

In the software department, the Galaxy Watch3 is the winner in almost every way. Samsung's own 'Tizen' operating system is more polished and actively-developed than Google's Wear OS platform. The interface is generally smoother, the applications are better-designed, and the phone companion app allows you to change many of the watch's settings without swiping through tiny menus. 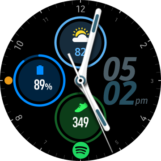 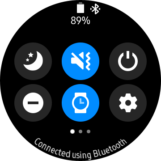 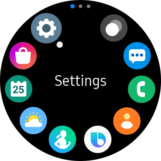 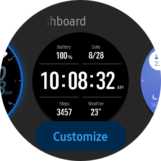 Tizen 5.5 on the Galaxy Watch3 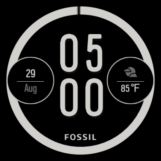 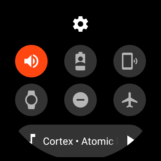 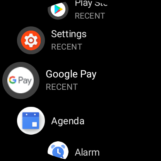 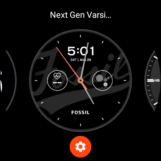 Even though Tizen is in a better place than Wear OS, the Fossil Gen 5 still covers all the basic smartwatch functionality. You can check notifications, track your heart rate throughout the day, install custom watch faces, control music playback, and use a handful of Google apps. Just like with Tizen, the library of third-party apps is lacking — it has been over a year since our last roundup of new Wear OS apps, simply because there aren't many being released.

While the Galaxy Watch3 may have the upper hand in software (and design, depending on who you ask), the Fossil Gen 5 wins in the price department. The Fossil watch typically goes for $295, and has gone on sale for as low as $169 in the past. That's significantly cheaper than the Galaxy Watch3, which starts at $399 for the 41mm Bluetooth/Wi-Fi model, and can cost as much as $479 if you want the larger 45mm version with LTE.

You'll have to decide for yourself if a $105+ price premium is worth it to get a better software experience. You might also be able to trade in an older device to get a discount on the Galaxy Watch3 — see our pricing and availability hub for more information.

Finally, be sure to check out our full reviews of the Fossil Gen 5 and Galaxy Watch3 for our full thoughts on each model.

Where to buy the Samsung Galaxy Watch3

I can't believe how thin Microsoft made the Surface Duo