Microsoft finally put the Surface Duo up for pre-order earlier this month, following a year of teases, leaks, and rumors. I received my Duo review unit earlier this week, and while I'm still getting a feel for what it's like to use, one aspect of the device has stuck out to me more than anything else: how thin it is.

The Surface Duo is the first Android phone with two screens built into the device, which gave Microsoft the opportunity to build something more compact and integrated than the Dual Screen case that LG has released for some of its phones. However, the company clearly went above and beyond with the Duo.

Microsoft provided CNET with a see-through model, which shows how the device's internal components are spread across both sides of the device. Unlike many other dual-screen electronics, there isn't one half that has most of the internal hardware — the battery, display drivers, and other components are split across both sides. The top and bottom hinges contain ribbon cables that connect the two sides. 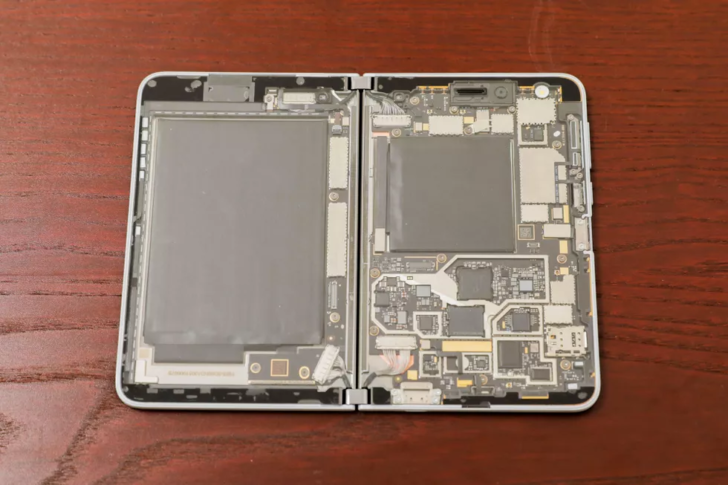 This over-engineering results in both sides of the phone having identical dimensions and weight. Unlike with laptops, one panel of the Surface Duo isn't heavier or thicker than the other. It remains to be seen how well this advanced setup holds up over time, but Microsoft has clearly put a lot of thought into the Duo's design. 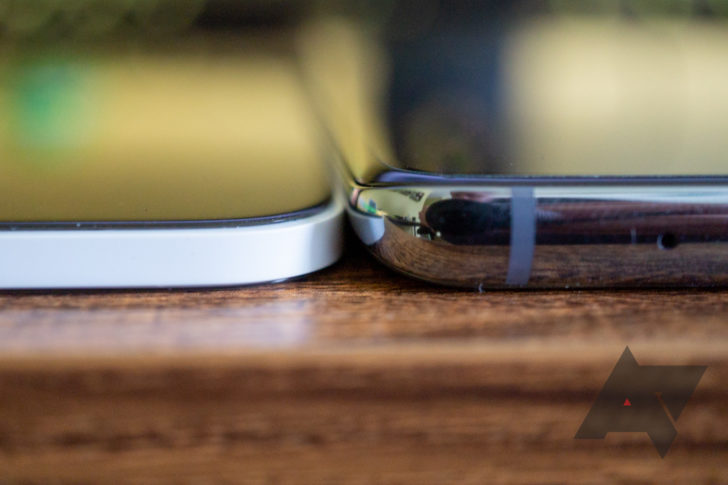 Spreading the electronics across both sides enables the Surface Duo to be incredibly thin when opened, at just 4.8mm in depth. There's barely enough vertical room for the USB Type-C port and SIM card tray. For comparison, the Galaxy S20 Ultra is 8.8mm thick, and it only has one screen. It even feels tiny compared to the regular Galaxy S20 I use every day.

While the Surface Duo is a bit bulky in its folded position, at 9.9mm, it's still thinner than most of my phones once I put on a protective padded case. I'm still working on my full review of the Duo, but there's no doubt in my mind that Microsoft has produced one of the most well-engineered Android devices to date.

Should you buy the Samsung Galaxy Watch3 or the Fossil Gen 5?

Weekend poll: What kind of rear cameras do you want in a phone?