It was first reported in February that Microsoft was bringing its Defender anti-virus/anti-malware software to Linux and Android, and now the app has appeared on the Play Store as a software preview. It's only available to enterprise customers with a valid Microsoft 365 E5 license, but the app description gives a clear picture of what it's intended for.

According to the Play Store listing, "Microsoft Defender Advanced Threat Protection (ATP) helps enterprise users stay protected from cyber security threats such as malicious apps, dangerous web sites that may try to steal information from them. It is also a platform that allows Security Operations teams to prevent, detect and investigate cyber security incidents in the enterprise."

Apologies for the potato screenshots, but that's what Microsoft uploaded to the listing

Similarly to Google Play Protect, Microsoft Defender scans all installed APKs. Defender also has a built-in web filter, though it's not clear how this works on Android — perhaps the app uses a custom DNS or VPN server. You can see the Play Store listing from the link below. 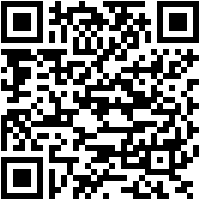 Dual-screen LG Wing gets leaked again, rumored to cost $1,000 in US