Samsung is all set to fully unveil its latest foldable phone at an Unpacked event on September 1, but there's seemingly very little about the device they'll be able to tell us that we don't already know. Images, videos, and specs have all leaked or been shared one way or another, but we now have potentially definitive information from a very reputable source. But we now have definitive confirmation of the price from Samsung itself, at least in the UK.

Pre-order pages for the Z Fold2 have been live since yesterday, but we're pretty sure the UK site wasn't supposed to state the price just yet. According to Max Weinbach on Twitter, the page briefly listed the price of £1,799 before it was removed. That's £100 cheaper than the first-generation Galaxy Fold cost in the UK, and it's in line with previous information from WinFuture's Roland Quandt stating that the German price would be €1,999 down from €2,100. We can surely expect a similar price drop in US dollars, which would mean the Z Fold2 should cost around $1,880 in the States. 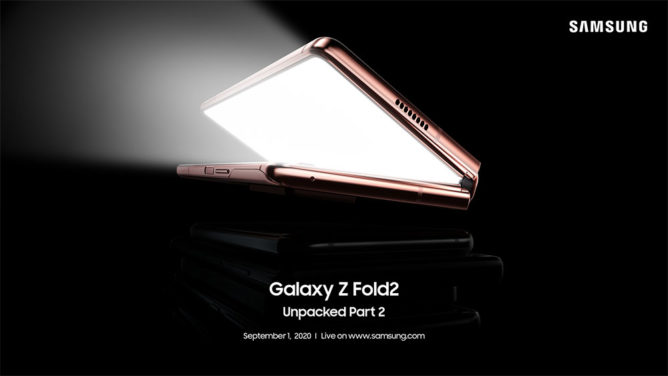 A fancy Thom Browne Edition has also been outed. Thanks to another new leak from Quandt, we have additional verification of the specs that previously leaked courtesy of Weinbach, not to mention some of it has been shared by Samsung anyway. It will include the 7.6-inch (120Hz) inner folding display, the less impressive 6.2-inch (60Hz) outer screen, and the Snapdragon 865+ processor powering the whole thing. Check out the full list of specifications below.

The second-generation Fold is looking like it'll be much closer to the folding screen dream we've all been looking forward to in recent years, even if it's still an extraordinarily expensive product not meant for the masses. We'll find the official US price and more next week — tune in for the virtual Galaxy Unpacked Part 2 event at 10AM ET on September 1.