There may be effective ways to convince people to use an app, but it seems that Google's App Preview Messages were not one of them. The program, which notified Android users when someone is trying to communicate with an app they haven't installed, is officially deprecated, having never left its early access stage in the 4 years it has existed.

Preview messages first appeared from Google's nth attempt at a server-based chat app, Allo, in 2016 and spread to video counterpart Duo and cloud gallery service Photos in 2018. It's not clear if any non-Google app utilized APMs. 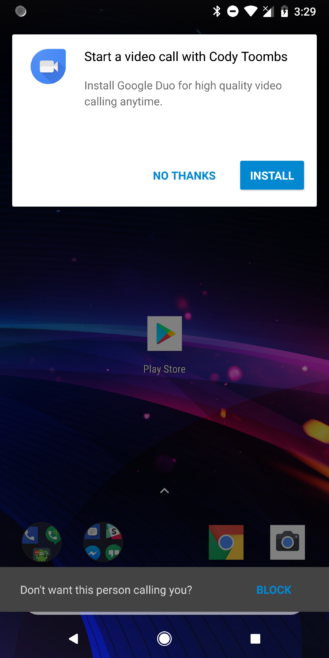 APMs were reviled from the outset and how-to guides on how to turn the feature off were well-read.

Google notes in its API listing page that the APM early access program wrapped up this very quarter, though the messages may have ceased long before then. App settings related to this feature as well as the company's help article — listed in the Nexus Help support domain, amazingly — will eventually go away, too.