Samsung introduced a pretty cool-sounding liquid cooling system with the Galaxy S7, and it's been using that ever since. However, an iFixit teardown recently revealed that Samsung is actually shipping Note20 Ultra units with two types of cooling systems: one being the liquid cooling (or, more accurately, the copper vapor chamber system), and the other being graphite thermal pads.

It turns out this may not be as big an issue as some are making it seem. iFixit spoke with a thermal systems engineer named Greg Kramer, who revealed that there's not much difference in performance between the vapor chambers and graphite pads. Kramer also theorizes that the dual-sourcing could be due to internal competition, that Samsung will assemble multiple engineering teams to come up with different thermal solutions to determine which method ends up being the most inexpensive. 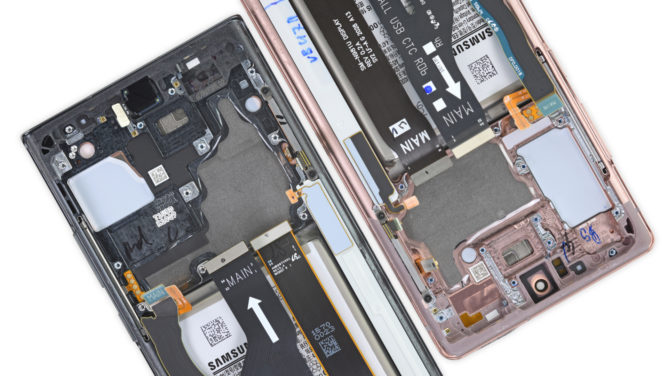 A pair of graphite-equipped Note20 Ultras.

According to Kramer, Samsung estimates it sold up to an additional 1,000,000 phones when it first introduced the vapor chamber system purely because of the novelty of having a liquid-cooled phone (!!!), but with the Note20 Ultra being a much more expensive and niche phone, the company may have felt the expensive vapor chamber systems weren't worth the added cost. Kramer also notes that the vapor chambers are quite delicate and prone to swelling when even slightly overheated.

Dual-sourcing different components is nothing new for the smartphone industry — the iPhone 6s's TSMC/Samsung chipset debacle comes to mind — or for Samsung in particular. Samsung has used different suppliers for camera sensors and batteries before, but one might be left to wonder why exactly the company is experimenting with other methods of cooling. It's worth noting that the different cooling systems aren't restricted to different models; it seems to be completely random. 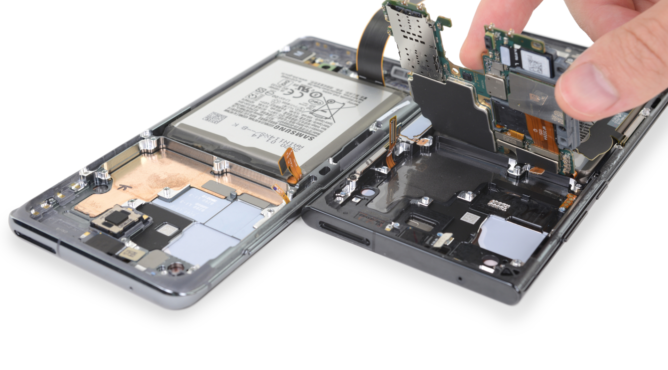 If this isn't just a case of dual-sourcing, it could be that Samsung prefers the graphite thermal pads and that this was a mid-production change. Some early Note20 Ultra units could have been delivered with vapor chambers before Samsung finalized its quest for an alternative, likely cheaper solution. iFixit has only seen the vapor chamber system in one Note20 Ultra teardown in Cambodia, whereas the four devices it performed teardowns on all used the graphite solution.

Whether or not the different cooling systems have any tangible effect on the Note20 Ultra's performance (they almost certainly don't), it's interesting to hear the reasoning behind why this may be happening from an expert's point of view. And if you have a Note20 Ultra, chances are you'll never notice whether you have one system or the other.

Will the Surface Duo fit in your pocket?