We've known since June of 2019 that Square Enix would bring Final Fantasy Crystal Chronicles Remastered Edition to Android, and after several more announcements, we learned the game would be released on August 27th, 2020. In case you didn't realize, that's today, and so Final Fantasy Crystal Chronicles Remastered Edition is officially available on the Play Store as a free-to-play release, with cross-platform co-op available to free and paid players alike. This setup affords fans an easy way to test the game while also boosting co-op for everyone, and if you'd like to unlock the entirety of the title, you'll have to plunk down $25.99. Sadly the Android port lacks a bevy of expected features for such an expensive title, showing Square Enix has yet to learn from its past mistakes.

If you're unfamiliar with Crystal Chronicles, it was originally a Gamecube dungeon crawler designed for co-op, where everyone would connect their Game Boy Advance to the Gamecube, which made for a gimmicky but enjoyable way to play the game with friends. Well, the Remastered Edition still offers co-op, but this time it's centered around online connections, and so couch co-op is foolishly excluded. This means you can't make caravan trips with friends, you can only play dungeons with them, which ruins the community aspect of the original game where you could watch your friend's families grow along with yours in the home village.

From the outset, players will have to choose their server before starting the game, so regions are split, which cuts down on matchmaking possibilities by fracturing the player base. Still, it's nice to see that the title supports play across platforms, but the split regions are still a sticking point.

Those who choose to play for free can indeed jump into online co-op with friends, even if these friends are gaming on iOS or a console like the Nintendo Switch. Of course, if you unlock the entirety of the title through the $25.99 in-app purchase, you'll be able to play past the first chapter by opening up solo content for all dungeons.

For some reason, the Android port is missing all signs of physical controller support. Everyone is forced to play with the touchscreen controls, and these controls suck, all while requiring way too many button presses to get anything done. Now, I was able to make my way through the first dungeon, showing the touch controls are at least serviceable, they are just not any fun to use, and incorrect inputs will happen often since Square Enix decided to use tiny buttons for everything (and I'm playing on a 6.65" screen, this should not be a problem).

Save data transfer, but only if you paid for the game

Cloud saves are also mysteriously absent, though there is an option to transfer your data from one device to the next if you've unlocked the full game (and yes, you'll retain your save on the original device after the transfer), but this lackluster option doesn't support add-on content since these purchases could cause problems between platforms, thanks to the fact they all use their own stores.

I'm also sad to see that Square Enix did nothing to support different screen ratios. The entire game is pillarboxed on my Red Magic 5S, so unless your phone is 16:9, yeah, expect large borders on the sides of your screen. This is a running problem with the majority of Square Enix's mobile ports, and it's absolutely infuriating to see in a remaster.

Then there are the loading times. Apparently Square Enix has done nothing to improve them, and since there are so many, expect to spend a lot of your time watching the game load between scenes or other plot points. You can't even turn off your device's screen without returning to a loading screen.

So while it's nice to see that Square Enix has finally provided a free option to try out one of its newest mobile releases, it's clear that the company has cut corners just about everywhere, while also excluding features that should be standard in a $26 game. Sure, you can still tool around with a few friends when playing for free, especially if one of the group has purchased the game to open up the title's dungeons for the free players, but beyond that, there are too many issues to count to actually recommend Final Fantasy Crystal Chronicles Remastered Edition. Plus, Square Enix's history of support on mobile is anything but good, so I wouldn't expect any fixes anytime soon. Of course, if you'd like to check the game out for yourself, you can grab the free install from the Play Store widget below. 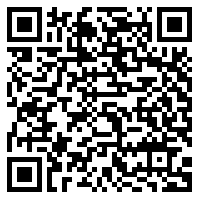 In FINAL FANTASY CRYSTAL CHRONICLES Remastered Edition, adventurers can embark on an enchanting adventure either solo or with friends via online multiplayer with cross-play functionality*. Including a host of new and updated features such as updated graphics, a newly-composed soundtrack, end-game high-difficulty dungeons, a new Mimic mode feature and more, FINAL FANTASY CRYSTAL CHRONICLES Remastered Edition welcomes all players to take up the crystal chalice and explore a unique and magical world.

Players can also try the game for free from today with the release of FINAL FANTASY CRYSTAL CHRONICLES Remastered Edition Lite**, which provides access to the first three dungeons in both single player and online multiplayer with cross-play functionality. Additionally, players who purchase the full game will be able to host multiplayer sessions with players using FINAL FANTASY CRYSTAL CHRONICLES Remastered Edition Lite, so a full party of up to four caravanners can play through up to 13 dungeons in the fantasy adventure together with one copy of the full game. Save data can be carried over from FINAL FANTASY CRYSTAL CHRONICLES Remastered Edition Lite to the full game, ensuring players can seamlessly continue their progress in the magical fantasy adventure.

Samsung shares new details on next Unpacked event, where the Fold2 takes the spotlight