If you happen not to know what a gamer phone is supposed to be, well, this thing typifies one pretty neatly. It's got a big screen, big sound, an overbearing user interface mimicking gundam machinery, capacitive shoulder touchpads for extra controls, the ability to "overclock" your performance, high-intensity cooling systems, and, of course, RGB light strips for the full pro-gamer aesthetic.

Most of the 5S's spec sheet bears an eerie resemblance to the Red Magic 5G — our review of that phone can give you a good idea of what to expect in this phone — so we'll just point out a few things: memory's newer here with RAM going from LPDDR4X to LPDDR5 and storage bumping up to UFS 3.1 from 3.0; the capacitive shoulder triggers have a touch sample rate of 320Hz, up 20Hz; the selfie camera drops from 12MP to 8MP, and; it only comes in two instead of four colors.

We could talk about the lack of availability for the 16GB RAM option, but that never came to North America anyways for the 5G. 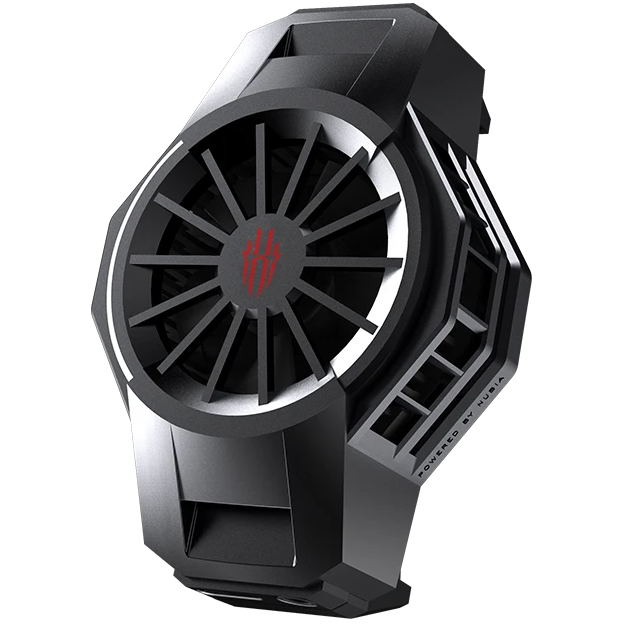 The Red Magic 5S uses a multi-part cooling system which includes liquid transfer, a silver sink plate, and a externally-vented fan that can spin up to 15,000 RPM. Nubia is also promoting an clip-on fan accessory called the Ice Dock (seen above) which is said to provide as much as 25°C of cooling while also allowing for pass-through charging. That ($45) and the wall charger enabling 55W speeds ($25) are extra purchases.