Messenger Rooms is Facebook's approach to online video-conferencing, though it's definitely targeted towards casual hangouts much more than business meetings. The service makes it easy to create video meetups with people who aren't necessarily in your friend list while keeping the group's creator in control. After coming to WhatsApp and Facebook's Portal screens, the company has announced that it will enhance the group calling feature in its Messenger apps with improvements to Room creation and discoverability. The developers are also working on custom backgrounds.

The new visuals for creating, joining, and managing Rooms within Messenger will make it easier for you to stay on top of what's going on. You'll see Rooms that you've been invited to at the top of your inbox in the Chats tab, right next to the option to create Rooms. It looks pretty much like Instagram or Snapchat stories at the top of the respective app's interface. When you create a new Room, you can set it up with a default or a custom activity, and you can adjust the start date and your audience selection. You can even send out notifications to your friends via Facebook Messenger to make sure that they'll join your Room. It's also possible to delete Rooms you're not interested in anymore from your list.

You can see how this will look like in the screenshots above, though keep in mind that there are some small visual differences between the depicted iOS version and the Android variant. 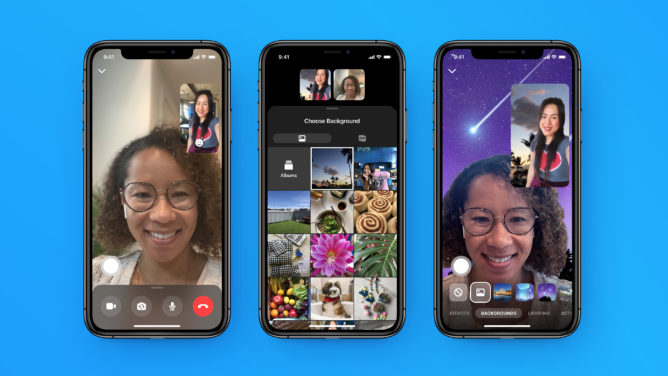 Custom backgrounds will join the likes of Messenger's AR effects and pre-defined 360-degree backdrops, but as the name of the feature implies, you'll be able to select your own preferred photo or even video, which will presumably be looped.

The revamped management features will show up on Android and iOS starting today, and they'll come to the desktop app "in the coming months." Custom backgrounds will be available on mobile in the next few weeks. It's unclear if these options will also make it into other Rooms-enabled services like WhatsApp or Portal.

The Asus Zenfone 7 comes with a 3-lens flip camera and a 5,000mAh battery