DJI may be best known for its photo drones, but the company has also had great success making gimbals (handheld stabilizers) for cameras and smartphones. Today, the Osmo Mobile line of smartphone gimbals is getting a new generation, but it will be under a somewhat new name — DJI is simply calling it the OM4. It boasts a new mounting system designed instant attachment, upgraded motors, and a folded design that's ready to use almost instantly.

The headlining feature of the OM4 is the new quick-snap system that pairs a magnetic mount for your phone with a folding design that's instantly ready to go. You can either attach a lightweight metal clamp to the phone, or use a magnetic mount with a built-in ring holder, and once they're attached and balanced, you won't have to re-balance every time you put on the phone. With either one, attaching is as simple as bringing the phone together with the gimbal arm, and then pulling the arm up in a single motion to begin using it. 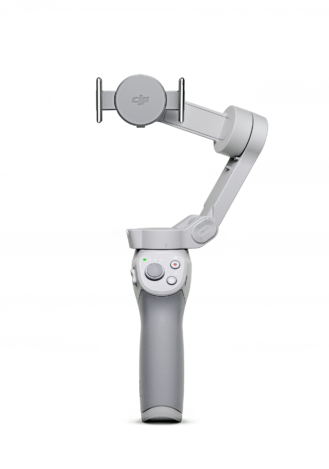 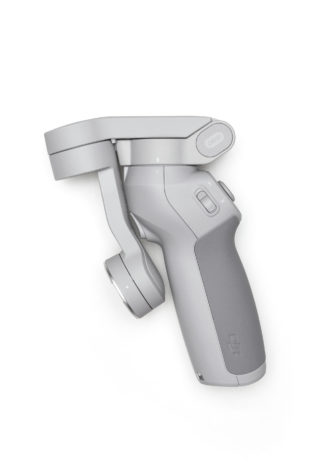 The Osmo Mobile 3 was already pretty powerful, but the OM4 motors have been upgraded so they can hold even more weight. The OM4 battery life is rated for 15 hours of use, and it can also be used as a portable battery charger for your phone or other small devices.

Several smart modes are available in the DJI Mimo app. Naturally, it includes ActiveTrack 3.0 to follow objects as they move in a scene, and a Gesture Control mode that reacts to hand gestures so you can get a shot while you're in front of the camera. Pre-programmed modes include: DynamicZoom (a.k.a. Alfred Hitchcock's vertigo effect), timelapse, motionlapse, hyperlapse, slow motion, sport mode, panoramas, and spin shot (a.k.a. Inception effect). There is even a story mode with several templates that include music and color effects, so you can quickly put together a video to share with friends. 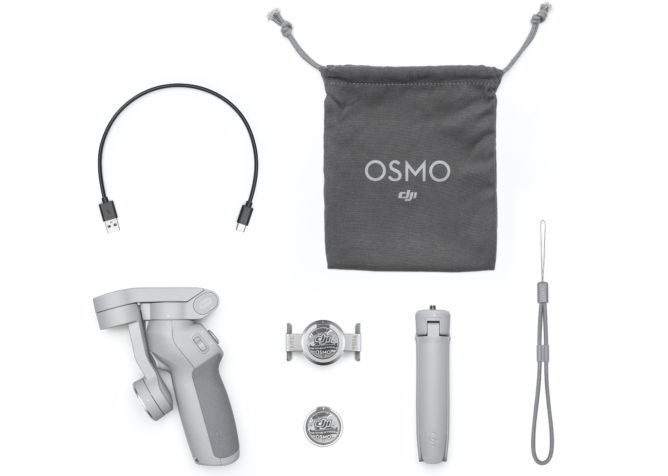 The DJI OM4 goes on sale today for $150. The package includes the gimbal, magnetic ring holder, magnetic clamp, tripod, wrist strap, and carrying case. You can order it directly from the DJI online store, Adorama, or you can pick it up on the Moment store along with a counterweight (available in a bundle) if you're using Moment lenses on your phone.