The India Twitter account for Nokia took today to post a small teaser for some "big announcements" coming tomorrow, following up on a similar short video posted by HMD Global Cheif Product officer Juho Sarvikas over the weekend. While it could be a lot of things, the two outlines shown in the video look like the C3 (which was already released in China), and a feature phone that looks a whole lot like the relaunched 3310.

The wait is almost over! We are making some big announcements tomorrow. #Nokiamobile #StayTuned pic.twitter.com/KHL2KTTnqa 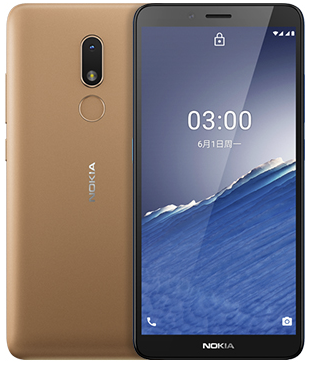 The Nokia C3 and Nokia 3310, for outline comparison.

The Nokia 3310, on the other hand, is a feature phone that was re-released back in 2017, and presumably already available in India. Perhaps the market is getting an updated version?

To our beloved Fans in India - Stay tuned to catch a new wave in India's changing digital landscape with @NokiamobileIN #ComingSoon pic.twitter.com/gfBwUcrS4j

It remains to be seen if the specs for the C3 will be the same in India as they are in China, or if it's even the C3 that India is getting. It could be a different phone with a similar outline, though the timing lines up. In both cases, these are just best guesses ahead of tomorrow's formal announcement.