Google's Pixel 4a just picked up their first OTA and factory images, but that's not the only thing they're getting today. Google is also making them eligible for the Android 11 Beta Program, and lucky owners can opt-in for the latest beta release, expected to be the last before stable lands, barring any last-minute bug-fixes, which Google likes to do now.

When Google originally released Android 11 Beta 3, the company claimed it would support the recently-announced Pixel 4a. However, it didn't actually appear as a compatible device on the Android Beta Program site until today. 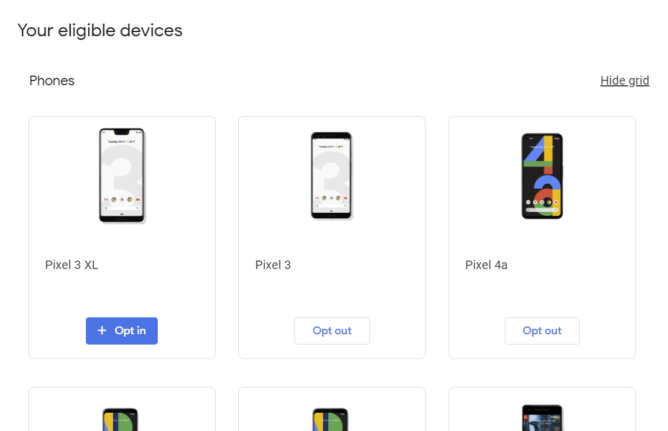 Note the Pixel 4a, top right.

You can opt-in to receive the Beta on your Pixel 4a, and following our original coverage, the update itself has also started rolling out. It's pretty big, too:

In general, this latest release is fairly stable, so far as Android betas go. Folks hoping to jump in on the latest software just a bit early can wet their toes in relative safety, though the usual caveats apply: This is a beta release, things can and will break, and problems are to be expected. If you need an ultra-stable daily driver, or you're planning to do this on a work phone, think twice.

For folks that prefer to install it manually, Android 11 Beta 3 can also be downloaded as a sideloadable OTA or Factory Image (for those with unlocked bootloaders) for your Pixel 4a, or easily installed via the Android Flash Tool.