2020 has been hard enough with all the political, economic, and public health crises we've had to deal with. It turns out, 2020 was also supposed to be The Year Of 5G, at least as far as our wireless carriers are concerned. We've talked about the 5G tax we're paying to get the latest mobile chipsets, but if you're on Verizon, you could be getting screwed in an even worse, and arguably much stupider way by the next generation of wireless networks. Verizon is still all-in with an expensive technology called millimeter wave (mmWave) 5G, and not all phones support it. So, Verizon has partnered with phone manufacturers to sell custom versions of phones like the OnePlus 8, Galaxy A71, and most recently the LG Velvet that do have mmWave 5G. Naturally, Verizon wants more money for these "UW" phones, and that's just silly when millimeter wave is still fundamentally useless.

The benefits of 5G are dubious at best—it's a lot of hand-waving nonsense about IoT, a new era of mobile broadband, and very little in the way of real-world applications. We're a long way from 5G changing how we connect, but we might get there. High-frequency mmWave 5G, however, is not a useful technology in phones and may never be. It has amazing theoretical speeds, but the range is abysmal, and it won't even go through a single wall. It basically only works outside when you can see the cellular transmitter. So why, then, is Verizon going gaga for mmWave? Because desirable mid-band 5G spectrum is in extremely short supply in the US (there's an auction soon that might fix that), and mmWave allowed Verizon to roll out 5G and shout "first!" Verizon promises a more expansive 5G network in the future, but there's no news on that front yet.

So, that's a problem for Verizon, but it's making it your problem, too. Building a mmWave phone requires some design compromises to make room for the antennas, and that adds to the cost—mmWave antenna modules cost a lot, and you need two to four of them in a phone. Still, Verizon is the biggest carrier in the US, and if Verizon wants millimeter wave Android phones, that's what it gets. The result is Verizon's UW phone branding—a moniker that signifies a phone supports "ultra-wideband" millimeter wave 5G when other versions do not. For example, the new LG Velvet UW works on Verizon's 5G whereas the unlocked and AT&T editions only have sub-6GHz 5G.

In the last several months, Verizon has launched six phones with UW branding, and almost all of them are more expensive than their non-UW counterparts on other carriers. Here's a quick comparison of MSRPs.

The Galaxy S20 is the only phone redesigned to accommodate Verizon's mmWave that doesn't come with a higher price, and I'd wager Samsung had something to do with that. The S20 family caught flack for being too expensive at launch, and the S20 UW didn't launch until well after non-UW versions of the phone. The S20 on other carriers is constantly discounted while the Verizon UW phone has remained at $1,000 even though it has less RAM, suggesting Samsung has plenty of margin in the regular S20 but not the UW S20. With the rest of these devices, you're paying a $50-150 premium to get mmWave 5G support, which as we've discussed, is almost useless. The phones that lack mmWave are usually on the cheaper side, and adding to the price to get "UW" support defeats the purpose of buying a less expensive phone in the first place. Plus, Verizon customers might not realize they're shelling out more cash for network tech they'll probably never use. 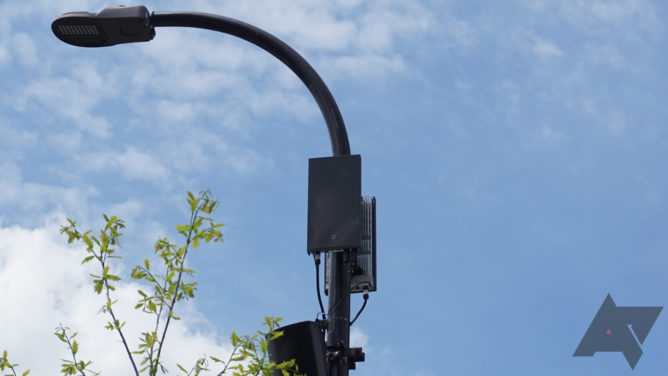 The best-case scenario is that you pay extra to get the phone from Verizon and maybe one day you'll see the ultra-wideband icon appear on the phone for longer than a few seconds. Until then, you can ignore it. That's not an experience worthy of a higher price in my book. Modifying the phone for mmWave can also make it worse—look at the OnePlus 8 UW. Adding the necessary antennas to the OP8 meant moving buttons around, and that makes Verizon's phone incompatible with all those excellent OnePlus cases.

Maybe millimeter wave will be useful one day, but I remain skeptical it makes sense in a phone. I've tried to use Verizon's 5G on a few occasions, and it's a frustrating experience trying to find a spot where you get a good signal. I feel like it's 2002 again and I'm waiving a flip phone in the air trying to get enough bars to check my voicemail. I've even seen professional 5G demos fall apart, and those were in controlled settings. You should not pay extra to live with that annoyance. Save your money and don't pay Verizon's UW tax.

This smartphone has physical kill switches for its cameras, microphone, data, Bluetooth, and Wi-Fi

Civilization VI is my new favorite Android game, despite its flaws