If you ever owned a Pixel capable of taking portrait photos and you ventured into its storage to back up or move your images, you must have noticed the silly mess of portrait folders. For some reason, each pair got its own separate folder, complicating the use of third-party gallery apps or back up solutions. Thankfully, with Camera 7.5, this issue is no more.

This new version of the Camera app is currently only available on Android 11 beta. A few days ago, we discovered that it had caused a controversial change in the naming convention of images, but what we didn't notice then and was brought to our attention now by our tipster, is that it fixes the portrait photo mess.

Previously, any duo of portrait pics you took would be saved inside individual folders in the DCIM/Camera directory. That meant a whole slew of folders for each pair of images. While you couldn't tell the difference in the Photos app, any third-party gallery (except Simple) became littered by these separate folders. You had to open each one individually, the photos didn't show in a chronological order with the rest of your pics and videos, and if you decided to delete one or both, you were still left with a useless empty folder.

Any attempt to back up your Camera directory to a second storage would result in that same file structure carrying over, and cause a hassle if you wanted to clean it up and put all your media together. In short, it was not elegant. 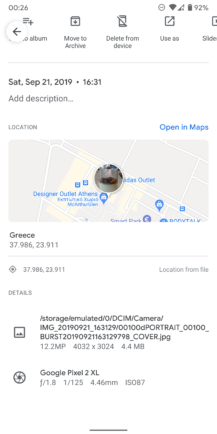 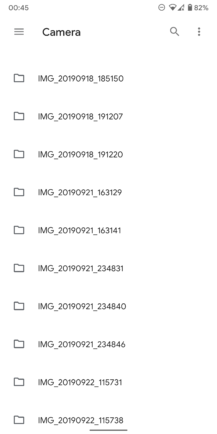 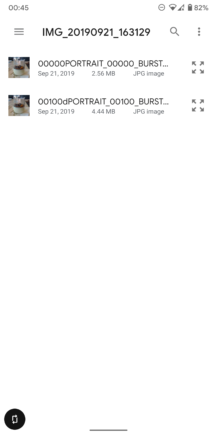 Camera 7.4 and below saves portrait pics in separate individual folders.

With Camera 7.5, the problem is solved in the simplest of ways. Portrait snaps get saved straight inside the DCIM/Camera directory, so the whole sub-folder problem is gone. 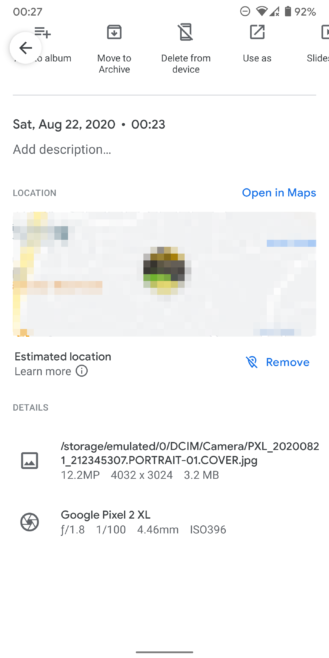 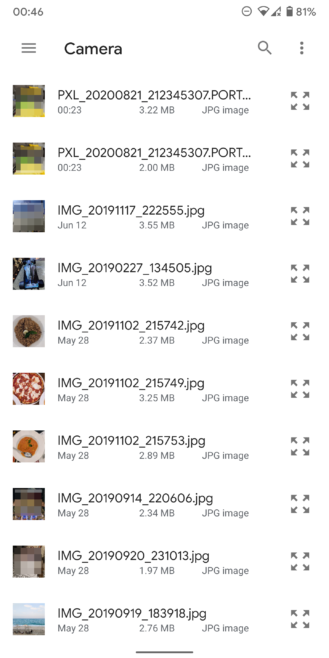 With Camera 7.5, new portrait photos are saved in the Camera directory.

The naming convention has also changed for the better, since you can now sort by name without messing up the chronology:

Since Camera v7.5 is only compatible with Android 11, you'll have to be running the beta to try out this feature. You can grab the latest version from APK Mirror.