Plenty of prepaid carriers in the United States already support 5G connectivity, like Metro by T-Mobile, US Mobile, and AT&T Prepaid, but the AT&T-owned Cricket Wireless hasn't made the leap yet. That's finally changing, as Cricket today announced that it is enabling 5G support on some of its plans.

Cricket's most expensive plan, the $60/mo Unlimited option (which drops to $55/mo with Auto Pay), will now have access to 5G. Although the announcement was light on technical details, Cricket appears to be using AT&T's newer low-band 5G network, similar to what T-Mobile has been deploying across the United States. You can check coverage in your area with Cricket's handy coverage map. 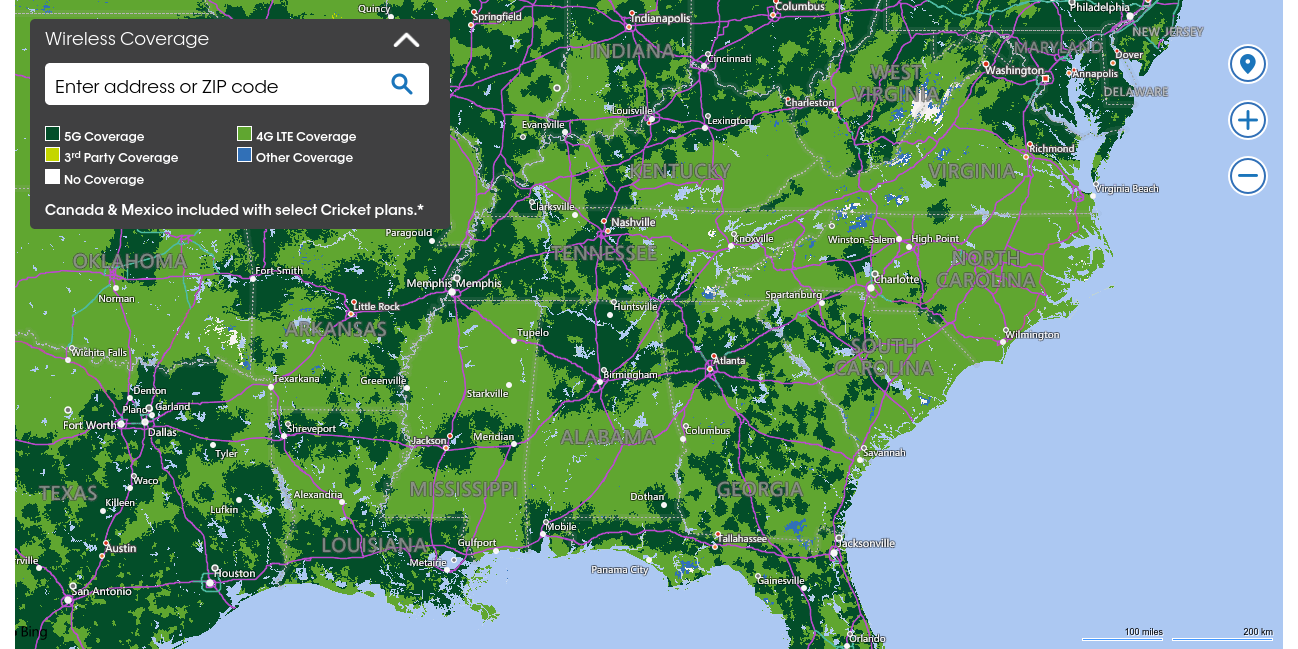 Cricket coverage map for the US east coast

Beyond the requirement for Cricket's most expensive plan, there is one more catch — the only compatible phone is the new Cricket-sold Samsung Galaxy S20+. It won't work on phones brought from other carriers, nor devices sold as carrier-unlocked. Cricket didn't say when (or if) the list of compatible phones would expand.

Cricket is also adding 5G support to all of its Simply Data plans, which only offer data connectivity and no phone/text services. The cheapest option is $35/mo for 20GB of data, but $50/mo 40GB and $90/mo 100GB plans are also available. Again, the only supported device right now is the S20+.