The budget smartphone market in the United States is typically underwhelming, but 2020 has turned it (among many other things) upside down. Samsung released the Galaxy A51 earlier this year, packing decent hardware and a massive screen into a sub-$400 phone, and Google just started selling its best budget phone yet.

There are plenty of options for a budget Android phone this year, but for this article, we'll be pitting the ~$400 Galaxy A51 and the $350 Pixel 4a against each other. Which phone is the best bang for your buck? Which offers the best software experience? We'll evaluate both devices and give you the pros and cons of each.

Despite the similar price, the Galaxy A51 and Pixel 4a don't have much hardware in common. They use different SoCs, the camera setups are different, the screens aren't the same size, and so on. The only common factors between them are the storage, connectivity options, and fast charging capabilities.

The first key difference between the two phones is the display. While both devices have 1080p AMOLED screens, with deep blacks and vivid colors, the Galaxy A51's display is wider and taller than the Pixel 4a's screen. If having the largest screen possible is important to you, Samsung wins there. The Galaxy S51 also has a more massive 4,000mAh battery than the Pixel 4a's 3,140mAh unit, though both phones will easily last you through an entire day.

Both phones also use different chipsets with varying amounts of memory. The Galaxy A51 uses Samsung's own Exynos 9611 SoC with 4GB RAM, while the Pixel 4a has a Snapdragon 730G with 6GB RAM. The chipsets are very close in terms of real-world performance, but the extra memory in the Pixel 4a means you'll be able to switch between apps without them reloading as often. 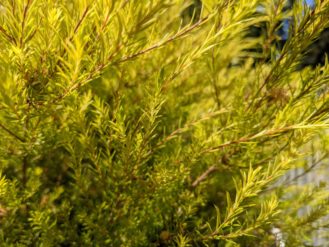 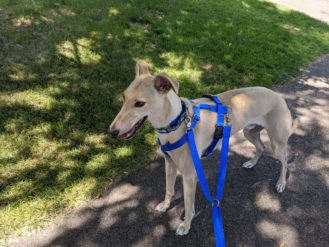 The camera setups are also worth considering. Google went with a single rear 12MP camera for the Pixel 4a, which can capture some incredible photos for a $350 phone. By comparison, Samsung stuck with the 'quantity over quality' approach with its 48MP main camera, 12MP wide-angle, and 5MP macro. The main lens doesn't quite match up to the Pixel 4a's single rear camera (although it is close), the wide-angle usually creates muddy photos with limited colors, and the extremely limited focus on the macro lens keeps it from being too useful. 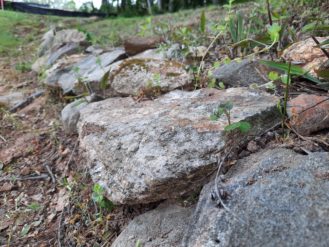 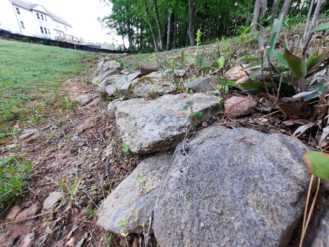 Main camera (left) vs wide-angle (right) on the Galaxy A51

Beyond those differences, the Pixel 4a and Galaxy A51 are similar enough in hardware. They both have 128GB of internal storage, though the A51 has an extra microSD card slot for keeping around more offline content. Both phones also offer fast charging and come in one color.

Software: One UI vs clean Android

As different as the hardware is, the phones are even less alike in software. The Galaxy A51 runs Android 10 with Samsung's One UI interface on top, while the Pixel 4a uses a mostly-untouched version of Android 10.

The software experience on the Galaxy A51 is very similar to what you would find on Samsung's recent flagships: Android 10 with the custom One UI 2.1 skin on top. That means you get a system-wide dark mode, tight integration with Windows 10 PCs, (limited) automation with Bixby Routines, and all of Samsung's custom applications. If you're looking for something that works like a Galaxy S20 or Note20, but doesn't cost over a thousand dollars, the Galaxy A51 is certainly very close.

One UI on the Galaxy A51

Meanwhile, the Pixel 4a uses a mostly-clean version of Android 10. There are still a few additions by Google that aren't part of the core operating system though, like Live Caption and Call Screening. Google is also consistently adding features with regular Pixel Feature Drops.

There are certainly people who prefer Samsung's flavor of Android for its feature-rich experience and tighter integration with other Samsung products, but both phones have all the essential functionality most people need. The devices will also receive similar levels of long-term support — Google has guaranteed OS and security updates until August 2023, and Samsung recently committed to three OS upgrades for the Galaxy A51.

Value: Pixel 4a is the winner

On paper, the Galaxy A51 might seem like the better buy. For only $50 more (minus any sales) than the Pixel 4a, you get three more rear cameras, a larger battery and display, and an extra microSD card slot. Indeed, if a large screen is your top priority, the Galaxy A51 is the undisputed winner.

However, the Pixel 4a likely represents a better overall value. It's $50 less than the Galaxy A51, but offers stronger camera performance on the main lens, more RAM, the same amount of storage, and faster OS/security updates. Even though the battery is smaller, it will still last an entire day of regular use.

If you're still undecided, check out our dedicated reviews of the Pixel 4a and Galaxy A51.

Where to buy the Samsung Galaxy A51