Tonight, Google experienced some issues with its servers as multiple services were affected by disruptions, but by now, the company has confirmed that the problems are fixed. People reported that they couldn't send emails via Gmail and upload files to Drive, with thousands of reports on DownDetector.com. Google itself noted on its G Suite Status Dashboard that there were additional problems with Docs, Meet, Chat, Keep, Groups, Slides, Sites, and Voice.

Google first acknowledged the problems at about 10:30 pm PST, but reports started popping up well before then. In the dashboard, Google listed all of the known issues:

It has since fixed all of these problems, stating,

The problem with [with our services] should be resolved. We apologize for the inconvenience and thank you for your patience and continued support. 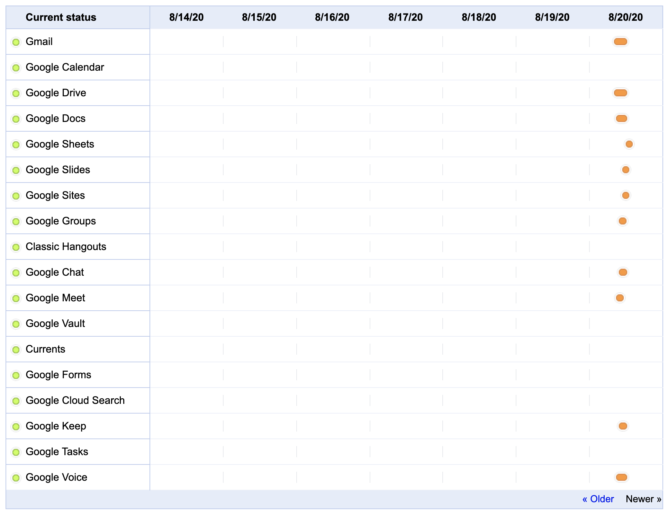 There were also tons of complaints that YouTube uploads were broken, as a quick Twitter search and YouTube itself will tell you. That problem is now also fixed.

This issue is now fixed. Thanks for your patience! https://t.co/6NEssNBLu2

I could confirm the Drive issues myself on both my personal and my G Suite account, though sending emails worked fine via my personal email address — it's possible that different accounts were affected to varying degrees.

Updated with Google statement, saying that the issues should now be fixed for everyone.

Feral Interactive bringing Company of Heroes to Android on September 10