Danganronpa 2: Goodbye Despair Anniversary Edition has officially landed on Android for $15.99, and it joins the first title in the quirky visual novel series, which came to Android back in May (2020). Of course, we've known since April (2020) that all three games in the original trilogy would be coming to the Play Store in celebration of its 10th anniversary. However, the release dates have been mostly unknown, which is why the arrival of Danganronpa 2: Goodbye Despair Anniversary Edition comes as a surprise.

Above you can watch the trailer for Danganronpa 2: Goodbye Despair Anniversary Edition, and as you can see, this is an odd game, and so it will be your job to investigate murders as your ticket to freedom. That's right, yet again a class of students is trapped together as they die off one by one, but this time around, you're on a desert island, which at least changes up the school-based scenery from the first title.

The Android edition of Danganronpa 2 has been tweaked to suit touch-based play on mobile better. This means the 3D map and UI have been adjusted for ease of use, and better yet, the title's mini-game difficulty has been loosened, which should honestly help to ease up on any difficulty spikes caused by the transition to touch controls.

As expected, Danganronpa 2: Goodbye Despair Anniversary Edition is a premium release, just like the first title, and so there are no in-app purchases or advertisements to be seen. Of course, this means the game comes with a hefty price tag for mobile, so it will run everyone $15.99. Keep in mind, this is a port of a full-fledged console game, and so it contains at least 33-hours of gameplay just to make your way through the primary campaign. On top of this, the Steam version (which isn't an anniversary edition) is currently $19.99, so $15.99 for an upgraded version is actually a pretty good deal.

So if you'd like to pick up Danganronpa 2: Goodbye Despair Anniversary Edition, you can purchase the title through the Play Store widget below, and in celebration of this release, the first title is currently on sale, which you can grab right here for half off. 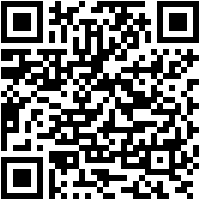 Feral Interactive bringing Company of Heroes to Android on September 10