The new flag (left) and the field it adds (right).

The feature is live in the latest Canary release of Chrome for Android, though we're not entirely sure which version it debuted with. First spotted by the folks at Techdows, the feature can be enabled via a "Bulk Password Check" flag in chrome://flags on recent Canary builds. Enabled it, and a new "Check passwords" field will appear in Settings -> Passwords. Tap that, and Chrome will run a quick check of all your stored passwords to show you which are compromised.

Fak. Check passwords on Android (above) and Desktop (below). 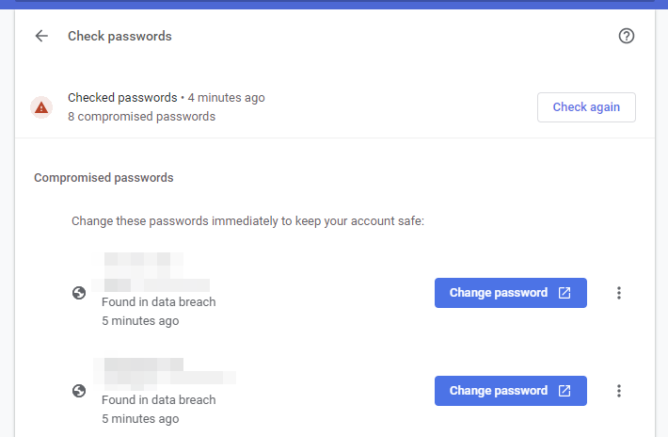 Quick and easy shortcuts to the relevant sites and services let you change your passwords, and you can also tap the three-dot menu to edit stored passwords or remove old accounts you've retired or abandoned (like most of mine above, don't worry).

"Safety check" in Chrome on Android (above) and desktop (below). 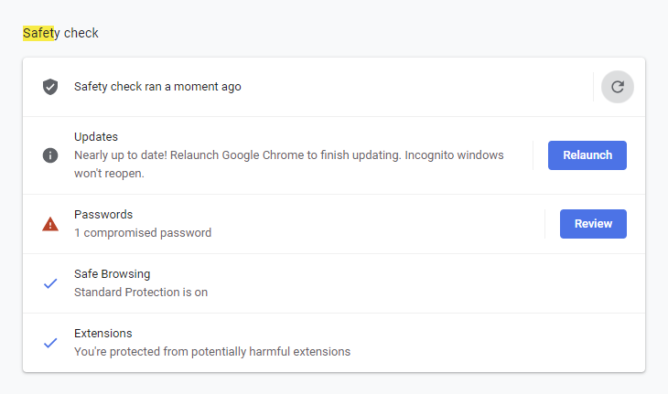 The release also includes a "safety check" feature that's been around on the desktop version for a while, which merges this feature together with a couple of other checks to determine your browser's overall security at a glance. This is controlled by a Safety Check on Android flag, which is present on older Chrome versions but didn't work until more recently. The feature itself appears in the "Basics" section of Chrome's settings when it's working.

There's no way to be sure when these features might make their way to stable, but it's live in the latest Chrome Canary 86 release. With us currently on Chrome 84, and 85 due any week now, they might land in around two months, if they get released together with Chrome 86 to Stable.