A few days ago, Google asked the FCC if it could do some testing in 17 states for the new 6GHz bands that were recently freed up for Wi-Fi and other use cases. We know the ultimate technical goal — Google claims it wants to measure signal characteristics in real-life applications and environments so it can improve its technical understanding of things like signal propagation and Automatic Frequency Coordination — but redactions in the public-facing experimental license request spark the imagination.

There's a possibility that the testing has to do with Wi-Fi 6E. After all, Google makes Wi-Fi routers, and the company must have upcoming models planned to make use of the recently freed-up spectrum. But the FCC also granted other unlicensed uses of those frequencies, so long as they don't interfere with incumbent applications. Furthermore, most of the 5650 MHz - 7125 MHz frequencies Google is asking to use overlap with the Wi-Fi 6E bands, though the company is also asking for some of the upper 5GHz bands, as well. For all we know, it could be tied to ongoing Project Loon tests, or something else. 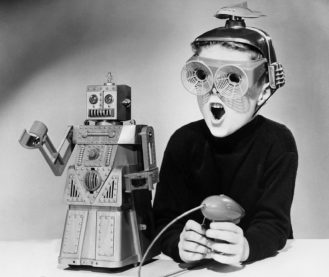 The redactions in the filing are curious, though. They cover details like the equipment that will be used, and Google tantalizes us with explicit (if boilerplate) statements of secrecy regarding the "highly sensitive and confidential" nature of its tests.

Whatever curiosities the company may be up to, Google promises not to interfere with incumbent uses of those frequencies in its testing (explicitly including both government and mobile use), by limiting power to a 20-160W maximum, and generally far lower at 5-50W, otherwise following the 5GHz requirements for public use. Though it isn't stated in the filing, Business Insider claims it's asking for permission to test across 17 states: Arizona, California, Colorado, Florida, Georgia, Illinois, Iowa, Kansas, Nebraska, Nevada, New York, North Carolina, Oklahoma, Oregon, Texas, Utah, and Virginia.

Google Assistant devices and cast targets can now be added to and removed from multi-room audio ...