Chinese telecom gear manufacturer ZTE hasn’t had a particularly good run in the US smartphone market. But every once in a while, its eccentric phones manage to catch our eye, and frankly, they don't give us much to complain about. ZTE is now coming out with a handset that uses an under-display selfie camera — a first for any mass-produced phone on the market. The Axon 20 5G, succeeding last year’s Axon 10 Pro 5G, is set to debut as soon as early next month.

This is technically not the first time we’re seeing a smartphone sporting an under-display camera; Oppo prototyped one in December. What’s fascinating is that the tech matured enough in such a short span that it’s now seeing a commercial launch. In the case of the Axon 20 5G, the required OLED and the under-screen camera tech will likely be supplied by Visionox. This Chinese display manufacturer had readied a commercially viable solution back in June, meaning we could potentially see more full-screen smartphones from other OEMs down the line. 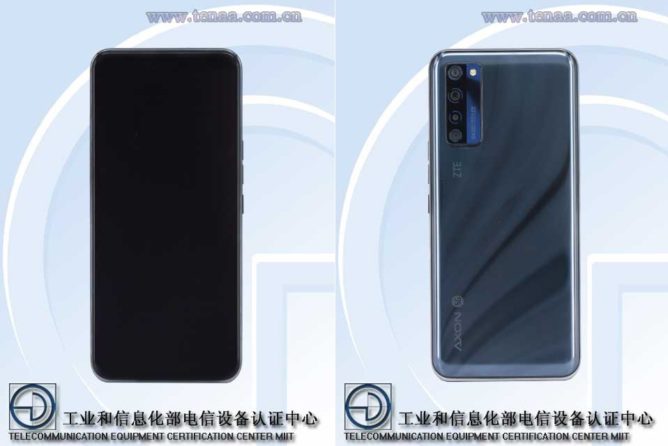 While the ZTE phone will use a futuristic tech for its selfie cam, it’ll likely be a mid-ranger from the inside. Leaks and rumors say that the 5G-enabled phone will possibly use the Snapdragon 765G along with up to 12GB of RAM and 256GB of expandable storage. A few images from TENAA (above) point at a standard quad-cam setup for the back, housing a 64MP primary sensor — nothing fancy there. The front-facing under-display centerpiece, on the other hand, is said to have a 32MP resolution.

The ZTE AXON 20 5G is set to come out on September 1 in China. We’ll get to know if the company has any plans for the phone’s international debut on the launch day itself, but don’t get your hopes up just yet.

Happy 4th Birthday, Google Duo! May you live to see the 5th one 😒