Samsung's line of Galaxy A tablets aren't anything special, but they are cheap Android devices with full access to the Google Play Store. That makes them a tantalizing alternative to Amazon Fire tablets, which require workarounds to install the Play Store, and still have weird software quirks to deal with. Now you can get last year's Galaxy Tab A 8.0 for just $119.99, a savings of $30 over the original MSRP.

The Galaxy Tab A 8.0 has a Snapdragon 429 chipset, an 8-inch 1280 x 800 IPS display, 32GB of internal storage (with microSD expansion), and a 5,100mAh battery. It ships with Android 9 Pie, but considering the global LTE and Verizon versions of the Tab A 8.0 have already received Android 10, this Wi-Fi-only model should get the update at some point. 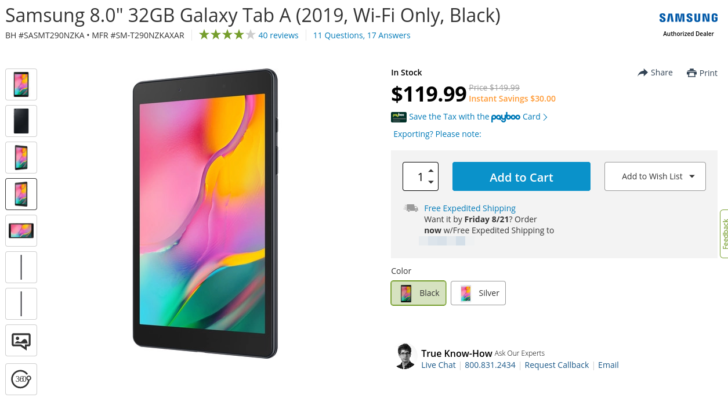 The tablet is on sale at both B&H Photo and Samsung's own online store, in both black and silver colors.