Early last year, Facebook promised that it would create a unified backend for all of its messaging platforms. Messenger, Instagram direct messages, and WhatsApp are all supposed to be interoperable, so you wouldn't have to worry about which Facebook app to use with which of your contacts. It looks like the company is getting ready to make these cross-platform chats a reality, as it has started distributing a popup on Instagram that advertises a Messenger integration.

As The Verge reports, a message is currently starting to show up for many that advertises a "New Way to Message on Instagram," including a new look, emoji reactions, and swipe-to-reply functionality. While the redesign itself already proves to be controversial, the most significant change is the one Facebook mentions last: "Chat with friends who use Facebook." That means that in the future, you likely won't have to install Facebook Messenger on your phone at all if you prefer Instagram.

When you hit the update button, you're greeted by the new interface and a reworked symbol for direct messages —  a black and white variant of the Facebook Messenger icon. 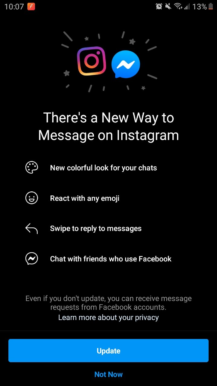 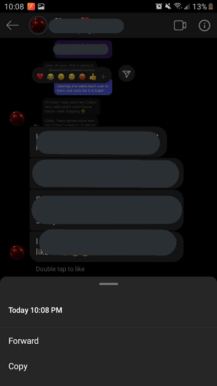 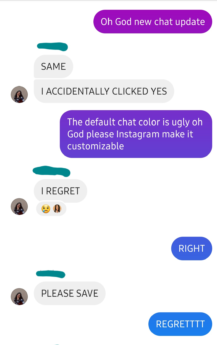 Judging from a quick Twitter search, the new chat experience is already rolling out widely and internationally, with Spanish, Korean, and English popups showing up across Android and iOS. The Messenger integration seems to be activated server-side, and it looks like it isn't fully functional yet. Many people report that while the visuals have changed, Facebook users are still not reachable via Instagram. It also remains unclear which privacy implications the new integration has, as not everyone will want their DMs merged with their Facebook chats.