Of the available evidence, everything points to a Snapdragon 765G powering the anticipated Pixel 5, and that's caused a lot of spec-gazers to cast a doubtful eye on Google's upcoming phone. Prior to the Pixel 5, every Pixel phone used the latest Qualcomm Snapdragon 800 series chipset, the most powerful SoCs available on the open market. With the 765G, though, we don't necessarily think Google's made a bad move—we've been using phones with the new high-end-of-the-mid-range Qualcomm chip—like the OnePlus Nord—and we're impressed. And we think there's really no reason the Pixel 5 really needs to full-fat 865 as a result.

Qualcomm's Snapdragon 765G was announced last December for the so-called "Premium B" market, with the G version sporting a faster GPU and a minor clock bump. In pure tech specs, you get eight Kryo 475 cores all tuned slightly differently — and that includes a bigger so-called "Prime" core, unlike the lower-end 700-series chips — plus an Adreno 620 GPU and Qualcomm's other various heterogeneous compute units. Perhaps most importantly, it has an on-die 5G modem that supports mmWave — and on-die should mean improved battery life.

Day-to-day, we couldn't really tell the difference between it and faster flagships.

In terms of features, it's probably fair to think of it as a trimmed-down version of the 865, and purely on paper, the 865's numerical superiority extends beyond just its name. But flagship chipsets have gotten superfluously fast in the last couple of years. Day-to-day, we couldn't really tell the difference between it and faster flagships. 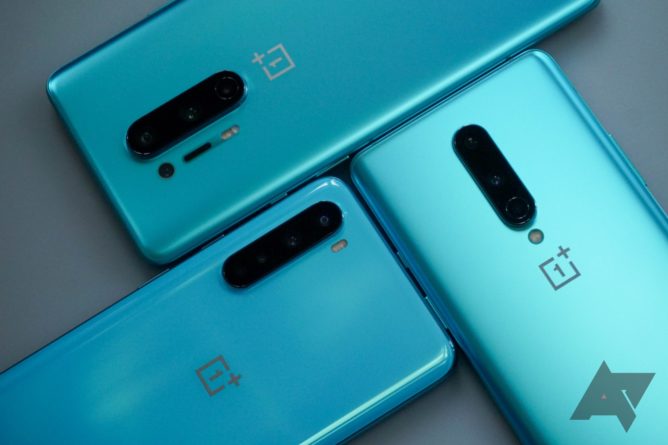 Don't get us wrong, there is a difference, and if you're opening apps with the phone in one hand and a stopwatch in the other, I'm sure you'll get worse numbers. Side-by-side, we can tell it's slower with devices like the OnePlus Nord and OnePlus 8, but other hardware comparisons like the Edge and Edge+ show less of a difference. AP's Ryan Whitwam had a few things to say about that:

"In fact, comparing the Edge to the Edge+ with its SD865, there's almost no difference in performance. Launching apps is slower by a fraction of a second on the Edge, but you'd never notice without another phone to compare side-by-side. Gaming is also fine on the 765. Maybe you'd want the 865 if you spend hours a day playing Fortnite, but the 765 seems otherwise excellent for all use cases. The only consistent performance issue is photo processing, which takes a few seconds and can make the phone lag."

Our Scott Scrivens agrees when it comes to the Nord:

"...in real-world use cases, Nord’s Snapdragon 765G processor holds up fantastically. In side-by-side tests with a OnePlus 8, it’s discernibly slower to open apps and perform certain functions, but the split-second difference isn’t something you’d normally notice. This phone is still rapid and will handle everything you can throw at it, including fairly intensive mobile games."

In practical, real-life, anecdotal terms, none of us that's used a Snapdragon 765G-powered phone has ever felt like it was "slow." You don't need the latest, greatest, highest-end chipset to check your email, send off some Tweets, or fire up Spotify. Most of our workloads are either instantaneous bursts, like launching apps, or multi-threaded operations with apps doing stuff in the background, like the Play Store doing its damndest to bring your phone to its knees as it updates apps while you're scrolling in Instagram. And in all cases, things never felt slow or bogged down.

Usually, Qualcomm's lower-end chipsets have significantly diminished graphical performance, and that's still true here. But even in games, it's perfectly fine — unless you really crank the user-customizable settings in a title like Fortnite, in which case things can stutter. (In Fortnite's case, you can really see performance drop.) Just don't expect to pull a smooth 90 FPS in demanding titles, and you probably won't be disappointed. And if you don't play a lot of games, you've got even less to worry about. 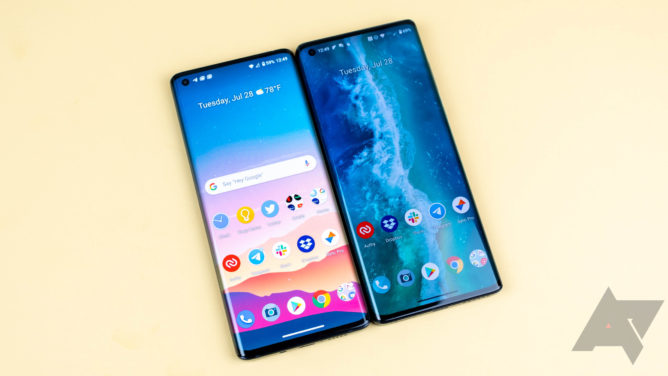 Of course, speed is relative and can depend on your workflow. I can't promise that we're using our phones the same way you might, but we do use enough different phones here at Android Police to get a comparative sense of just how anecdotally snappy different phones are, and often it comes down to more than just hardware. We've used different devices from different manufacturers with the same chipsets and had drastically different experiences. Things like storage speed and software tweaks can have their own substantial impact. In short, so many things beyond the SoC — from your own demands to the rest of the hardware and software — can make a difference in how "fast" a phone feels, and Google could drop the ball in some other way. (I think it's unlikely, but it is possible.)

Importantly, the battery life we've experienced on 765G-powered phones is also solid. Every phone we've used so far has offered two-day battery life. AP's Scott had a hard time trying to kill the OnePlus Nord in a single day (I don't think he ever succeeded). Ryan echoed the sentiment when it came to the Moto Edge, calling the battery life "its best feature." And my experience with the Vivo X50 Pro mirrors theirs — this chip barely sips power. Given that battery life on Google's Pixel 4 series is an actual problem, this leaves me pretty optimistic for the Pixel 5.

Of course, anecdotal experiences are one thing, but let's take a look at some benchmarks. Remember, by themselves, these numbers never paint the whole story, but it's another point of reference for the curious.

Scores for Geekbench, PCMark Work 2.0, and 3DMark from the OnePlus Nord.

A single-threaded score of ~600 in Geekbench is around or just under the level of last year's Snapdragon 855, which isn't too shabby. That means we might see performance stay relatively flat compared to last year's Pixel 4, but I think that's hardly a problem if Google can bring the price down to match. Multi-core scores compare a bit worse, closer to the two-year-old Snapdragon 845.

As you'd expect, Qualcomm likes to cut down its GPUs for non-flagship chips, and we see graphics performance in 3DMark that's closer to the Snapdragon 821. But the more general PCMark Work 2.0 tests, which better reflect real use, show pretty good results, near Snapdragon 855 numbers.

I'd still like to stress, there's more to a phone than benchmarks, and if that's all you care about, you're better off just getting a gaming phone with big numbers you can be proud of. You'll be happy, and you won't even know what you're missing. But in real life, normal, day-to-day use, the Snapdragon 765G has us pretty impressed. Folks with an eye on the upcoming Pixel 5 don't need to worry on the performance front.

Huawei's temporary license to trade with US companies has expired