Samsung is best known for its big, powerful, and obscenely expensive phones. But what does $250 buy you in the Galaxy lineup these days? Getting your head wrapped around Samsung's budget offerings is an understandably difficult task given their confusing naming scheme and year over year model refreshes, but the Galaxy A21 is one of the latest price-conscious phones from the Korean manufacturer. It's available on a number of US carriers now, including Boost, which is the version of the phone we reviewed. While the A21 offers a large screen and decent battery life, the phone's overall performance and cameras (for the price) should give budget-conscious big-phone enthusiasts pause. 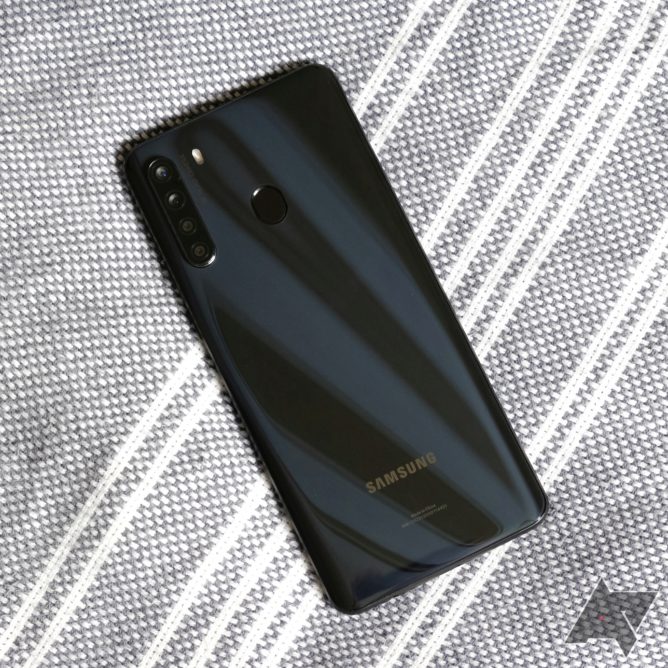 The Galaxy A21 is humongous — it's a little taller and wider than even the S20 Ultra (although the Ultra is thicker). The A21 doesn't share its expensive cousin's luxurious screen-to-body ratio, though; whereas the S20 Ultra sports a 6.9-inch display, the A21 packs a marginally less ample 6.5-inch screen. Its bezels are hardly distracting, though, especially in this price segment. Also not distracting: the hole-punch selfie camera tucked into the top left corner.

The screen's an IPS LCD panel that's nice and vivid, but it's only 720p — which is pretty rough at this size, shaking out to 270 pixels per inch. It also doesn't get nearly bright enough to comfortably use outdoors on a sunny day. There's a little bit of a shadow around the hole punch selfie cam, too, though it's not particularly irksome when you're not looking for it.

Volume and power keys live along the right edge of the phone, and while the power button is at a fine height, the volume controls sit way too high on the phone's plastic frame. Unless you have particularly long feelers, you'll have to shimmy the phone down in your hand to tweak the volume. The rear-mounted fingerprint scanner is similarly out of reach — when holding the phone in a natural position, my index finger just barely reaches the bottom of the sensor. This is not a phone for the small-handed. The phone's bottom edge has a USB-C port, a 3.5-millimeter headphone jack (hooray), and a single down-firing speaker. The speaker actually sounds okay, all things considered. It's not as tinny as I expected, but it's situated to the left of the USB port, which makes it exceptionally easy to cover when you hold the phone in landscape.

Like its frame, the A21's rear panel is plastic. I have nothing against plastic bodies in phones; glass is delicate and expensive. But the plastic Samsung uses here has a glossy, reflective finish, which means it catches and shows oil from your hands extremely well and stands up poorly to anything that might feel like scratching it. Cases aren't hard to find, but the phone doesn't come with one — just a 12W power brick and a USB-A-to-C cable.

Samsung's OneUI skin is a known quantity at this point. But in case you haven't used a Galaxy phone since TouchWiz: it's fine. Samsung's suite of apps — the dialer, the calculator, the gallery, et cetera — are all lacking the design finesse seen in their Google counterparts and Samsung's settings menus can be a little nebulous. But on the whole, OneUI is mature and thoughtful. It doesn't have any grating quirks to sink the experience, and I didn't mind living in it during my time with the A21.

Unfortunately, the phone is absolutely packed with bloatware. Facebook, Amazon apps, Microsoft apps, two weather apps, and no fewer than four music streaming apps all come preloaded, among others. Boost Mobile itself also had its way with my review unit, stuffing it with junk like a "secure Wi-Fi" utility — which costs an extra $2 a month to enable, as repeated notifications will remind you. There's no unlocked variant of the phone, and I have to assume other carriers are more or less just as heavy-handed.

Considering the A21's Mediatek Helio P35 processor and three gigs of RAM, you probably wouldn't expect it to be particularly snappy — and you'd be right. Multitasking is a bit of a slog, but generally speaking, performance was never bad enough to frustrate me outside of the odd occasion where an app would take a few beats to open. The phone visibly struggles under the weight of more demanding games like Asphalt 9: Legends, but simpler titles like Mario Kart Tour run just fine.

Battery life is solid. Once over two days of sporadic mixed use, I managed to eke out about five and a half hours of screen time. Considering that time included gaming, streaming videos over Wi-Fi and 4G, taking photos, and idling for nine or so hours overnight, that's really impressive. 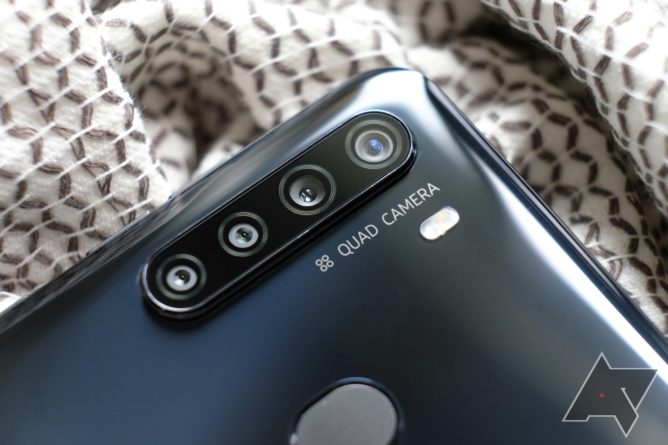 The Galaxy A21 comes with a quad camera setup, as prominent branding next to the sensors eagerly points out. There's a 16.1-megapixel primary shooter, an eight-megapixel ultrawide, a two-megapixel macro, and a two-megapixel depth sensor. The two latter cameras are complete junk. A lot of manufactures have been taking this tack lately: jam in a couple of additional cameras and boast about how many you've got. I wish they'd stop. Macro performance (see above) is straight-up bad. Images are soft and colors are skewed even in ideal lighting. You'd be better off cropping a photo from the primary shooter.

Considering the A21's price, though, I don't hate photos from the main and wide cameras. They can produce some passable shots with good light, which is about all you could ask for in the budget segment. But they do struggle everywhere else. Scenes with high dynamic range are particularly tough, uniformly exhibiting either blown out highlights or crushed blacks. Low light photography is also a no-go. With a little patience and some deft editing, you might score some shots that'll be passable on social media, but don't expect any Pixel 4a-style price-defying miracles.

Sure, if you want a giant phone from your carrier and your budget is a firm $250. The A21 is a truly massive device at a truly low price, and it handles basic tasks well enough for folks who are less demanding of their electronics. Just be prepared to disable a ton of bloat.

I'd also take a hard look at used and refurbished phones first. You can get an unlocked Galaxy S9+ on Swappa for about the same price, and it would be a better experience overall. But if your carrier is offering particularly appealing incentives or financing that meets your needs, you could do worse than the A21. 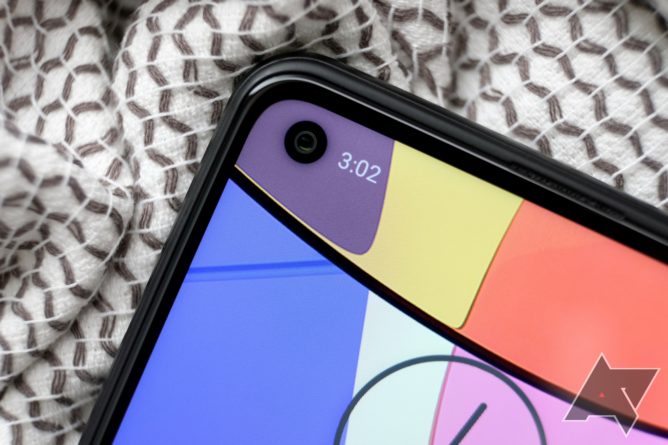