I've been lucky enough to have the Pixel 4a in my pocket nearly a month, and in that time I've become confident in my assessment of its battery life. In a sentence, the Pixel 4a has the best battery life of any smartphone Google has ever made. You might scoff at that, as pretty much every phone Google has ever made, even the Pixels, have had mediocre to outright terrible battery life. But not the Pixel 4a. This phone call go all day, and then some—this is probably a two-day smartphone for most people, and given its battery isn't even that big, that's pretty dang impressive.

I'm currently getting 6 hours or more screen on time in an average day.

For a relatively "small" phone (I know, I know — 5.8" is hardly tiny), the Pixel 4a really does just seem to go and go. I put this down to a few things. First, the new Snapdragon 730G processor is manufactured on a smaller 8nm process, making it substantially more efficient than the outgoing Snapdragon 670 that was used in the Pixel 3a. Second, the battery is bigger, at 3140mAh, and while that's a small gain over the 3a, every little bit helps. Finally, I just think our expectations about battery life have been skewed by the proliferation of high refresh rate displays on premium smartphones, which generally don't last as long on a charge as budget phones these days. The Pixel 3a had great battery life when I reviewed it last year, so it's hardly surprising that a more efficient processor and slightly larger battery would vault its successor into the firmly "great" battery life camp.

Pixel 4a battery and charging specs

Everyone likes numbers, I know, and while I can provide some, just remember this is how I use my phone. I read a ton of news, watch a bit of YouTube, have the occasional video or phone call, listen to podcasts, scroll through Twitter, use Slack, Gmail, and a few other productivity apps. I'm not streaming Netflix or playing any games. Given all that prefacing, I'm currently getting 6 hours or more screen on time in an average day. One day with a particularly large amount of super low-brightness reading, I actually cracked 8 hours of screen time, though the phone was dead by mid-afternoon. But on a typical day, which involves a good amount of low brightness activity in the morning, more occasional use until early afternoon, then around 60-90 minutes of full brightness use outdoors on 4G (I do a lot of walking these days), I'm usually ticking just near the 6 hour screen time mark when I reach for the charger at 6 or 7PM.

For a light smartphone user, the Pixel 4a will easily last two days on a charge.

On days when I use the phone less, there's basically no way to kill it before the next morning. For a light smartphone user, the Pixel 4a will easily last two days on a charge, barring unusually difficult cellular reception conditions and a lack of Wi-Fi. That makes it a perfect phone for someone who doesn't want to top up every night when they're not really using it much in the first place.

As for when it is time to charge, Google's 18W USB-PD charging may sound a bit slow compared to things like OnePlus's Warp Charge, but when you're charging a battery this size, quick top ups are entirely feasible at those speeds. 20 minutes on the official charger included in the box from less than 5% battery remaining should easily get you back over 50% (providing you're not using the phone while it's on the charger—that'll slow things down), enough for hours more active use of the phone.

While nowhere near as long-lasting as some of the crazier 5000mAh+ budget phones popular in markets like India, the Pixel 4a is genuinely impressive for its longevity given what it's working with. As I've continued to use the phone, my thoughts haven't change, and I've found standby battery life to be excellent as I've switched over to a Note20 Ultra (talk about a shock, by the way—that thing is huge).

If you want to know more about the Pixel 4a in general, be sure to check out our review. 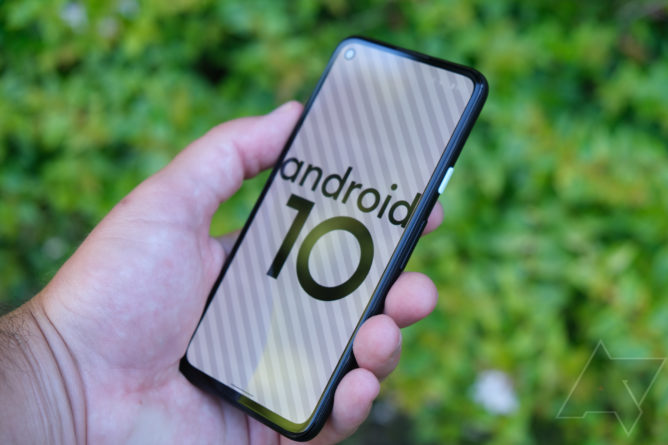