Belkin has produced smart home products for years under its Wemo brand, but Wemo devices have never had the best reputation. Most of its previous products suffered from connectivity and software issues, and when so many alternative options exist for smart plugs or internet-connected lights, there wasn't much of a point in purchasing Wemo products.

Thankfully, Wemo is starting to address its long-running software problems. The company switched to an online account system earlier this year, paving the way for a more streamlined experience. Wemo has also released a new smart plug, which is incredibly compact and actually works properly. Color me surprised.

In the early days of modern home automation, smart wall plugs often took up a significant amount of space around the outlet, but that's not the case anymore. TP-Link, Belkin, and others have started to produce models that don't block neighboring wall plugs, and this smart plug is one of the smallest I've seen yet. It's just 52mm wide and 30mm tall, so it should fit just about anywhere. 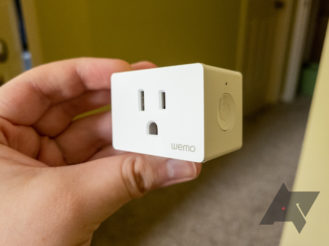 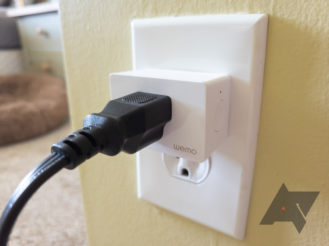 Like most modern smart home devices, the Wemo smart plug connects to your network (and the cloud) over a standard Wi-Fi connection, so it doesn't require a separate hub. It only supports 801.11n, which means it can't connect to 5GHz networks at all, and mesh networks will appear as multiple access points in the setup process. It would be nice if Wemo added 5GHz support, but given that just about every other smart plug also doesn't support 5GHz, I can't complain too much. 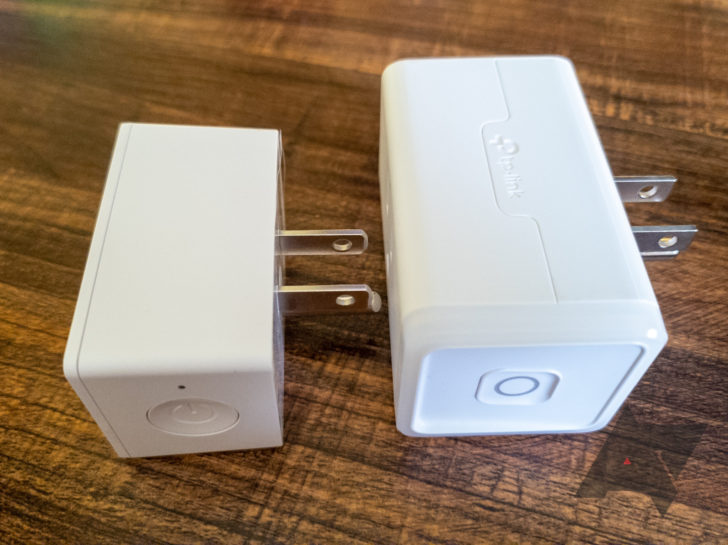 In the box, you get the plug and some instruction manuals. What else could you need?

Software has traditionally not been Wemo's strong suit, but much to my surprise, I didn't have any critical issues creating a Wemo account and using the smart plug. The plug wouldn't connect to my home network the first time I tried, but restarting the app fixed the problem, and I haven't encountered any issues since then (even with several factory resets).

The setup process is straightforward: connect the smart plug to an outlet, download the app, select the plug in the app, give it your Wi-Fi password, and you're done. The smart plug will appear in the app's main list, where you can turn it on/off, give it a custom name and photo, change the network it's connected to, or reset it. The Wemo app also provides two control widgets, so you can manage the plug from your home screen.

The 'Rules' tab of the Wemo app allows you to automate your plugs to some extent. There's an 'Away Mode' that will turn the plug on and off at random times to give the impression you're at home (Home Alone style), and if you have Wemo's motion sensors, the plug can respond to movement. My favorite feature is the ability to turn on/off the plug at sunrise/sunset, which is perfect if you have lights connected to your plug. You can also set up automation/scheduled routines directly in Google Assistant, Alexa, and other smart home ecosystems.

Once the plug is paired to your Wemo account, you can start using it with digital assistants and smart home systems. Connecting it to Google Assistant only requires tapping the plus button in the Google Home app, selecting Wemo from the list of services, and logging in. Switching the smart plug on and off through Google Assistant is just as quick as with my TP-Link plugs, which is a nice improvement from the multi-second delays that often occurred with my older Wemo products.

I also tried connecting my Wemo switch to Amazon Alexa, and it's the same general process. Just like with Google Assistant, there was almost no delay between my voice command and the switch turning on/off. No issues there.

Finally, I tested Wemo's integration with IFTTT, an online automation platform that connects hundreds of different services. You can set the plug to turn on or off based on countless triggers, including products from other smart home platforms and various online services. Everything worked as expected, so if you can't set up the integrations you want using Wemo's app or Google Assistant/Alexa, you might be able to do them through IFTTT.

It's nice to see that Wemo has finally worked out most of its software issues. My only real complaint is that the smartphone app is still poorly designed compared to apps from TP-Link Kasa and other competitors, but it's functional at least.

Sure, if you can get it on sale. I swore off Belkin's Wemo smart home products years ago after countless connectivity issues with the company's early smart plugs, so I'm happy to see they're no longer terrible. However, competition is still fierce in the smart plug market. If I was spending my own money, I would probably still go for a Kasa smart plug, simply because TP-Link has a better track record with software.

The primary drawback to the Wemo smart plug right now is the price. Belkin is charging $24.99 for a single plug, or $49.99 for a 3-pack. There is absolutely no reason to pay that when TP-Link's smart plugs function identically and are $10 a pop or $21 for a 3-pack. Some white-label Wi-Fi plugs are even cheaper. Wemo's earlier Mini plug started at $35 when it was first released, but now costs $20, so I expect the price of the company's newer plug will eventually fall as well.