If you took a look at this month's Unpacked announcements and found yourself sweating at how expensive those phones are, Samsung wants you to know that it's got you covered with 5G phones that don't break the bank. We actually saw a 4G version of the Galaxy A51 come out a few months ago with the promise of a 5G version later on in the summer. Well, that time has come.

T-Mobile customers were first to be able to buy a Galaxy A51 5G on August 7 for $504. Metro by T-Mobile got the phone at some point, too, for $500. Verizon received a special version that will work on its millimeter wave or Ultra Wideband network on August 13 for the limited-time promotional price $360 on a 24-month installment plan — it's also available on Samsung.com as well for its full retail price of $550. AT&T and AT&T Prepaid round out the list with availability from August 21 with the postpaid operation offering a promotional price of $150 on a 30-month device installment plan.

This is basically a Galaxy A51 with 5G radios — that means the same 6.5" 2400 x 1080 AMOLED display with an optical fingerprint sensor beneath the screen, a selfie camera right at the top of it, and four cameras (led by a 48MP unit) at the back. A couple of differences here come in the memory with RAM going up from 4GB on the 4G phone to 6GB here and microSD capacity jumping from 512GB to 1TB, though the 128GB internal storage remains the same. 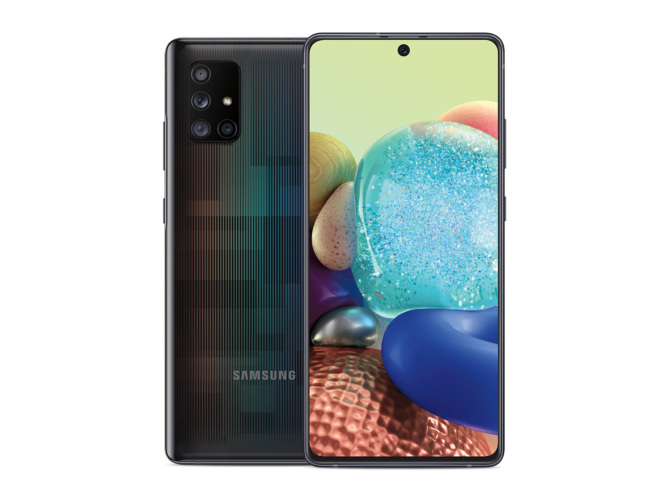 The Galaxy A71 5G got a release for the U.S. carriers in June, but it will be available unlocked from Samsung.com and other retailers starting today for $600. On Amazon, customers get a free pair of Galaxy Buds with their purchase.

This article was updated to reflect the current retail situation for the Galaxy A51 5G. We should also note that we previously said T-Mobile was selling the phone for $600 — we regret the error.