This news comes courtesy of a Redditor who posted a screenshot (below) of their Mi Box receiving the Android 9 beta update weighing in at 620MB. The only thing mentioned in the included changelog is that the Mi Remote app will now be compatible with the Mi Box. Xiaomi usually sticks to stock UI for its Android TV boxes, so you should expect all the goodies that came with the Pie update for the Mi Box S. The beta version R2810 is currently rolling out only to the MDZ-16-AB variant of the Mi Box. And as the Reddit user pointed out, Xiaomi isn’t accepting new signups for the Mi Box’s beta program, so only existing enrollees are eligible for this update. 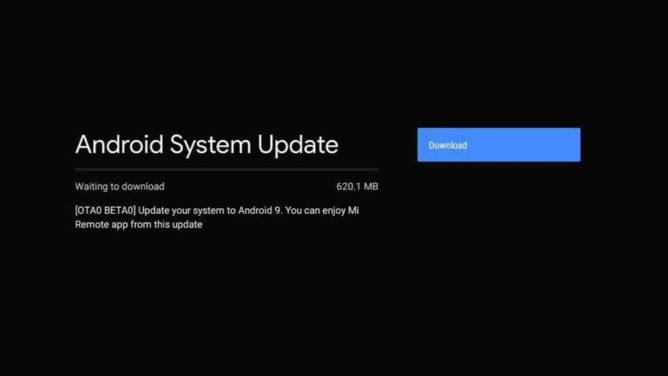 Xiaomi launched the 2016 Mi Box running the now-ancient Android Marshmallow and bumped the device directly to Oreo in 2018, skipping the Nougat build. After almost a two-year gap, the unit is now picking up Pie in beta, though we aren’t sure as to when its stable release will be out. The Mi Box S’s Pie build spent two months in beta testing before hitting the stable channels earlier this year, so you can expect a similar release timeline for its predecessor.