Android's potential for customization was seemingly endless when it was first introduced, thanks to its Linux kernel and open-source nature. However, Google has introduced more restrictions over the past few years in the name of privacy and security, making root and other deep modifications difficult or impossible. While I agree that most of the security changes in Android are needed (I really don't need the Facebook app digging through my local files), they do mean you are not in full control of your own device.

There's still the option of using custom ROMs like LineageOS and Paranoid Android, but they're still limited by the restrictions of Android. Porting ROMs to new phones is a time-consuming and difficult process, they sometimes lack features compared to the stock software (like full camera quality), and some devices don't allow unlocking the bootloader at all.

Thankfully, there's now an alternative to Android for enthusiasts who want full control over their phone: the PinePhone, a budget device developed by Pine64 and supported by the Linux community. Despite its many (many, many) limitations, the PinePhone is still the most interesting phone I've used in years.

The PinePhone is a smartphone developed by Pine64, a company that has been selling ARM-based Linux products since 2015. The company started with single-board computers like the Pine A64, similar to the Raspberry Pi, but has since expanded into other product categories. Pine64 now sells laptops, tablets, smartwatches, server clusters, and other products built around Linux and ARM hardware. 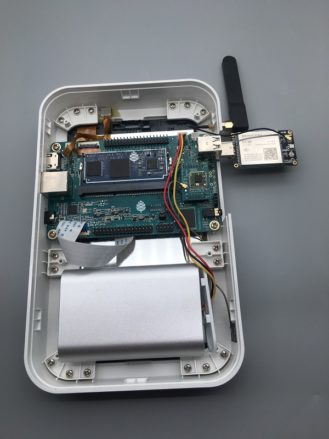 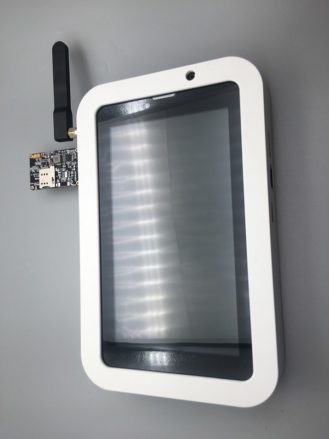 Project Anakin, the first development board for the PinePhone (Source: Pine64)

Pine64 went through various development kits and prototypes before the first publicly-available version, nicknamed 'Braveheart,' began shipping in January 2020. Since then, Pine64 has released batches of 'Community Edition' PinePhones, which ship with a certain Linux distribution pre-installed. I purchased the UBports Edition, which came pre-loaded with Ubuntu Touch.

Since then, Pine64 has released another Community Edition with postmarketOS, which optionally comes with more RAM and storage. All the Community Editions are generally compatible with each other, so a Linux distribution made for one model will work on others.

The PinePhone's hardware is a hybrid of 2020 and 2008 smartphone design, combined with privacy modifications that I haven't ever seen before on a phone. The outside resembles most modern Android budget phones, with a plastic rear cover and a large 18:9 display. There's also a USB Type-C port on the bottom for charging/data transfer, and a headphone jack at the top for audio. On the back, there's a speaker grill, a 5MP camera with an LED flash, and in my case, the logo for the UBports project. 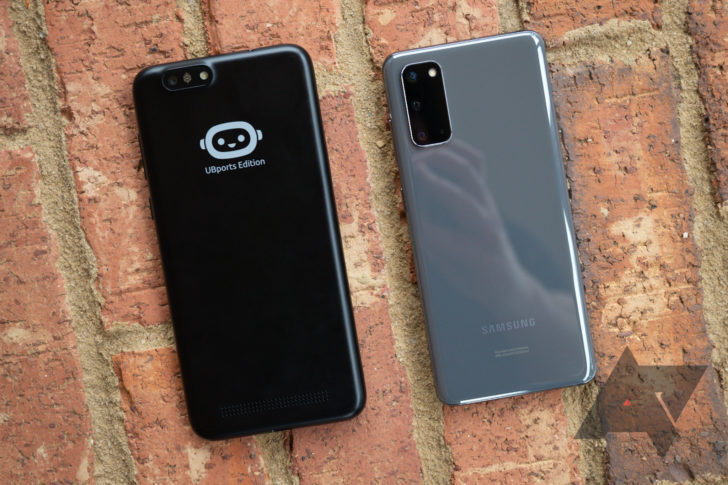 PinePhone (left) next to the Galaxy S20 (right)

The PinePhone's philosophy of owning your own device becomes more apparent once you take the rear cover off. There's a replaceable battery, which is compatible with batteries designed for older Samsung Galaxy J7 phones. It's good to know that even if Pine64 vanished overnight, you could still purchase new batteries for around $10-15.

Next to the battery is the microSIM slot, so the PinePhone can actually function as a phone. Because it uses microSIM and not nanoSIM, you might need an adapter, but the UBTouch model I purchased came with one in the box. 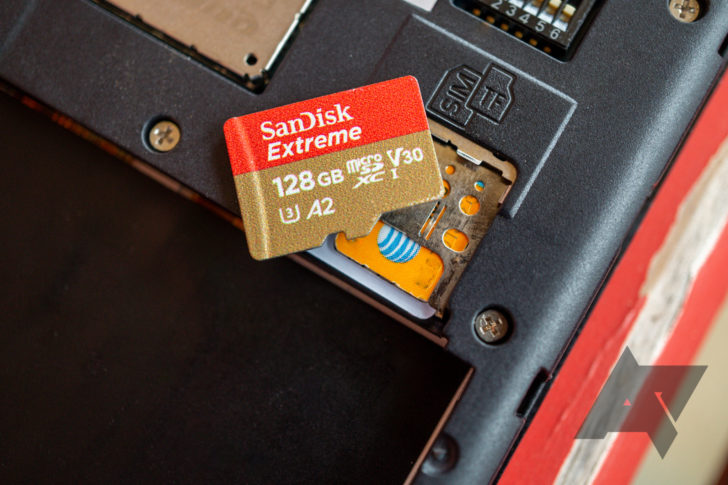 There's a microSD card slot above the SIM tray, which supports cards up to 2TB in size. While it can be used as extra storage, just like the SD slots in Android phones and tablets, it can also function as a bootable drive. If you write an operating system image to the SD card and put it in the PinePhone, the phone will boot from the SD card. This means you can move between operating systems on the PinePhone by simply swapping microSD cards, which is amazing for trying out new Linux distributions without wiping data. How great would it be if Android phones could do that?

Finally, the inside of the PinePhone has six hardware killswitches that can be manipulated with a screwdriver. You can use them to turn off the modem, Wi-Fi/Bluetooth, microphone, rear camera, front camera, and headphone jack. No need to put a sticker over the selfie camera if you're worried about malicious software — just flip the switch and never worry about it again. 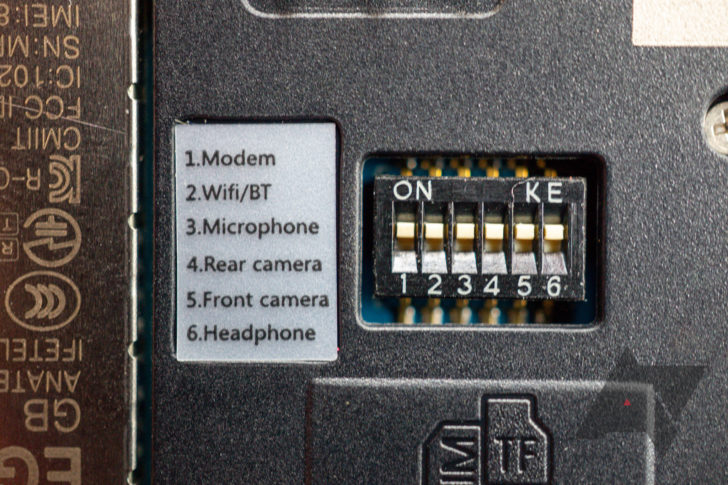 If I had to come up with complaints about the PinePhone's design, my main one would be that the screen seems to have no oleophobic coating, so it smudges up with fingerprints more easily than the majority of smartphones. Still, for a $150 phone produced in limited batches by a company with no previous experience in the smartphone industry, I'm impressed it's built as well as it is.

Linux in your hand

The main reason the PinePhone has attracted so much attention is because it's a Linux PC in the palm of your hand. There's no locked-down bootloader, and you can switch between OS distributions as easily as you would with bootable flash drives on a computer.

Right now there are 17 operating systems available for the PinePhone, in various stages of development. Some are designed from the ground up for mobile, like Ubuntu Touch and Sailfish, while others are based on existing desktop Linux distributions, like Mobian (Debian), Fedora, and Arch Linux.

Ubuntu Touch by UBports came pre-installed on my PinePhone, and even though the gesture-based interface is the best I've tried across the available distros, there are quite a few broken features right now (no account sync, no camera). There's also not much app development, given that mainstream attention to Ubuntu Touch ended in 2017 when Canonical stopped working on the OS. For better or worse, the platform is now propped up by the UBports community. 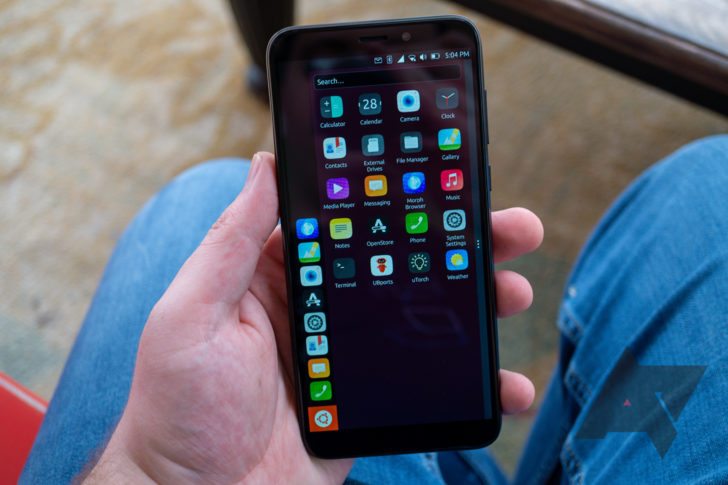 My favorite distro right now is Mobian, a port of Debian Linux with the Gnome-based Phosh interface. There are still some broken features, but you can technically install anything compiled for ARM from the Debian repositories. I could log into my Google account to sync email and contacts, use the full desktop Firefox browser, and even install LibreOffice. There are a surprising number of applications that adapt well to phone-sized screens, partially thanks to the libhandy UI library developed by Purism (which sells its own Linux phone).

I also gave GloDroid a try, which is an early port of Android 10 to various ARM devices. There's even more broken here than on the Linux-based distros, but it would be cool to have an Android phone one day that is almost entirely free of proprietary drivers. 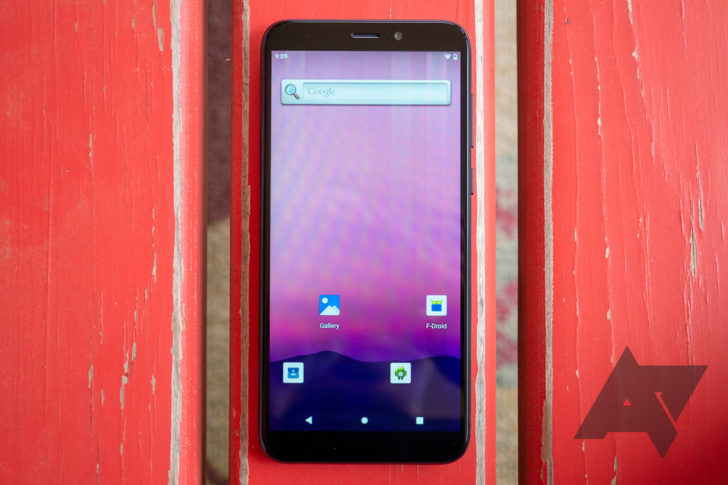 The installation process varies wildly by distribution. Some can be installed to both the microSD card and internal eMMC storage, while others only work from the SD card. Some only require writing a disk image to the SD card, while others (like GloDroid) require running a setup script on a PC to compile all the required files.

However, there is one glaring issue across all the PinePhone's operating systems: performance. The Allwinner A64 SoC only has 4 CPU cores, and 2GB RAM isn't quite enough for some distributions. Real-world performance in native applications is close to a low-end Android phone, and apps written in Electron and other non-native frameworks can be unusable.

There aren't very many benchmarks available on both Android and ARM Linux, but I did try running Speedometer 2.0 across a few devices for comparison, which tests the responsiveness of web applications. I ran it on my PinePhone using Firefox on Mobian, and on my LG Stylo 5 (a low-end phone from 2019) and Galaxy S20 using Firefox for Android. The Galaxy S20 scored a 37.7, the Stylo 5 received a 7.02, and the PinePhone earned a 5.09. 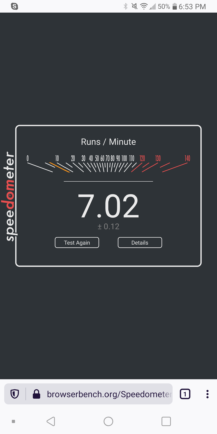 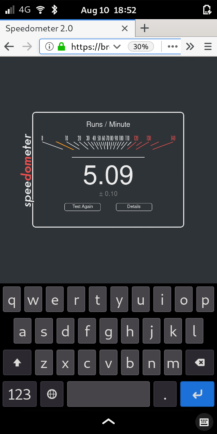 Granted, this is a $150 phone, so flagship-level performance is out of the question. I would love to see a future PinePhone with a more powerful SoC, but unfortunately, most of the best choices won't work with standard Linux or require too many proprietary blobs.

If you haven't noticed by now, the PinePhone is more akin to a hardware prototype than a completed product — it has already gone through several hardware revisions, with each version including minor tweaks to the specs and motherboard. Pine64 even has a warning on the product page about potential hardware defects:

Small numbers (1-3) of stuck or dead pixels are a characteristic of LCD screens. This is very rare, but normal and should not be considered a defect. When fulfilling the purchase, please bear in mind that we are offering the PinePhone at this price as a community service to PINE64 [...] communities. If you think that a minor dissatisfaction, such as a dead pixel, will prompt you to file a PayPal dispute then please do not purchase the PinePhone.

The idea is to get the PinePhone in the hands of enthusiasts and software developers, so the software experience can be fine-tuned alongside the hardware. After covering leaks and rumors about new smartphones on Android Police for nearly four years, it's fascinating to see the PinePhone being developed and refined in full public view.

I look forward to seeing what the community around the PinePhone can accomplish. I doubt that we'll see a phone running standard Linux on the store shelves of an AT&T or Verizon store anytime soon, but for the people that value privacy and having full control over their own device over all else, the PinePhone is a very promising option.