People online can sometimes be a little less civil than they would be in person, which is probably why Twitter is now introducing settings to restrict who can reply to your tweets. Assuming your profile isn't set to private, people will still be able to see, like, and retweet (with and without comments). 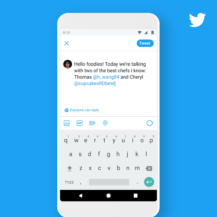 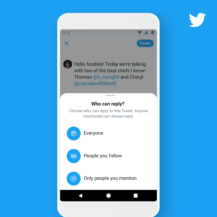 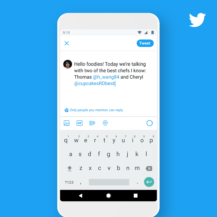 There are three options you can select from, all pretty straightforward: "Everyone," "People you follow," and "Only people you mention." The concept sounded a little strange to me upon first glance, but Facebook offers pretty much the same thing (you can have non-friends react to and share your posts, but not comment). 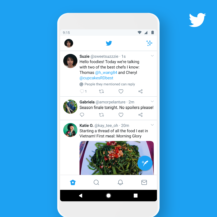 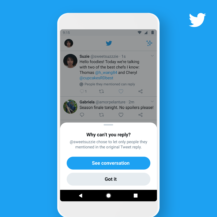 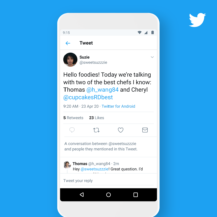 The functionality is undergoing testing on iOS, Android, and the Twitter website at the moment. If you've been selected for the test, you'll be able to control this setting whenever you're composing a new tweet.

After a few months of testing, Twitter has shared some of the feedback and statistics regarding these new controls. According to its report, those that have been testing this feel safer when tweeting, with users who have previously experienced online abuse being three times more likely to use these features. The abusers themselves largely aren't bothering to find other ways to spread their abuse either, with only one in three using other means to spread their hatefulness.

Thanks to the positive feedback during this trial period, Twitter is now rolling out conversation settings to everyone.

Despite this wider rollout, Twitter is still welcoming feedback and is already planning to allow users to change these settings after posting a tweet, not just during composition.

HMD Global picks up $230 million investment from Google, Qualcomm, and others

Here's when blurred backgrounds, hand-raising, and more are coming to Google Meet