Cash App, Square's mobile payment app, is currently experimenting with short-term loans of up to $200. Given the state of the economy right now, this might come in handy for some. That said, the interest rates start stacking up pretty quickly if not paid off after a month.

With this feature, instant loans are available for amounts from $20 up to $200, and they're due within four weeks (though there is a one-week grace period if you miss that deadline). There's a flat 5% interest fee, but after the grace period, there will be an additional 1.25% of non-compounding interest each week. That adds up to an eye-watering 65% APR if you don't pay off the loan within a year, which is scary when put on paper. Plus, you can't get another loan if you've defaulted before.

Square says it's testing the feature with around 1,000 people at the moment, so it's still a just an experiment for now with no guarantee of a public release. It's certainly an interesting idea; the interest can get out of control if not monitored, but it is still better than most payday loans in the US. 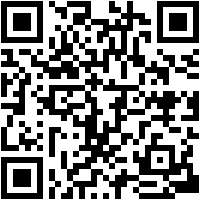