Android tablets have always been a bit awkward, as products. With the platform lacking the huge ecosystem of tablet-optimized apps that the iPad enjoys, or the large desktop legacy world you can access on something like a Surface Pro, many have asked the question "Why?" when it comes to an Android-powered slate. Perhaps it's not really one worth asking, though, when a company as large as Samsung is bothering to introduce an $850 tablet at all. With the Tab S7 and S7+, Samsung is bringing a capital-P "Premium" tablet hardware experience, and we've spent the last few days using the latter.

We talked about the new Tab hardware in our coverage of Samsung's announcement, but just to recap, we're looking at some top-shelf components here. The Snapdragon 865+ powering these tablets is the same chip driving today's hottest phones. RAM and storage options come as 6/128GB and 8/256GB configurations, and there's room for microSD expansion. This S7+ model gets a 12.4-inch 120Hz Super AMOLED, as well as a big 10,090mAh battery. And of course the S Pen makes its return, now with super-low-latency input. 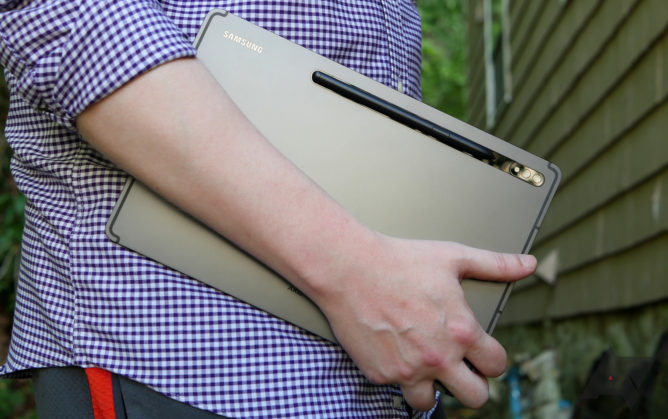 Even without any cover, that is one smart-looking slate.

The first thing that struck me about the Tab S7+ is just how nice the hardware feels. The evenly spaced front bezel, the brushed-metal flat edges, the surprising thinness (5.75mm) despite weighing well over a pound (575g) — what I wouldn't give to have a phone following this same design language. I was a little uncertain about the magnetically attaching S Pen staying put, but so far so good.

To no one's shock, app performance leaves little to be desired. I did run into a few glitches here and there, but as this unit isn't yet on final software, I'm not really worried. The 120Hz screen looks a dream, and is great for showing off the S Pen responsiveness control. The new air gesture controls sure look useful, but it's taking me a little to memorize them all. And while not quite room-filling, the AKG-branded quad-speaker array here is more than adequate for desktop media consumption. 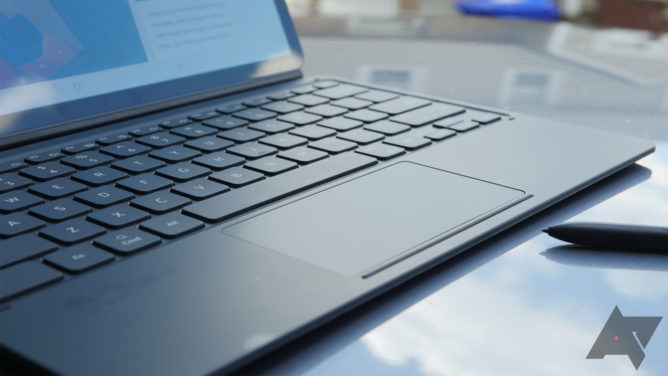 For as much as I hate laptop keyboards, these really aren't that bad.

In addition to the tablet itself, I checked out the Samsung Book Cover and the Book Cover Keyboard. The former just magnetically attaches to the S7+'s back, while the latter connects through some pogo pins along the tablet's edge. The kickstand on the cover is a little stiff, but has been doing a nice job staying in place. And there's a convenient little flap up top protecting the S Pen, making me feel better about it coming loose. The keyboard is surprisingly comfortable to type on, has a large touchpad with some handy gesture inputs, and offers function keys ranging from Android system navigation to accessing Samsung Dex — which I'm quite tickled by, and look forward to spending more time with. 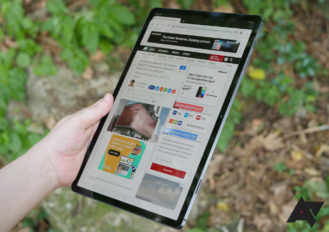 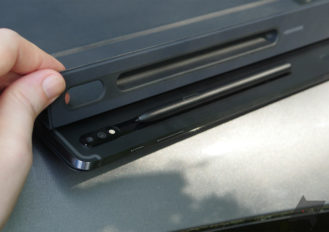 One-handed usage gets a little tiring (left), tucking away the S Pen (right)

While I've only just started to peek into what the Tab S7+ offers, so far I absolutely like what I'm seeing. But while I don't think there are any big mistakes here with the hardware (and probably won't end up being with final software) I don't think the question is going to be whether or not this is a good tablet; it's going to be whether or not spending this much on an Android tablet makes sense. All we know on pricing for the moment is that the S7+ starts at $850. That could easily hit $950 if you upgrade storage and RAM, and while Samsung hasn't talked pricing on its accessories, I'd be shocked if the keyboard landed for under $150.

Will all that end up being worth it? For now, it's very much too soon for me to say. With any luck, we'll be taking another much more detailed look at the Tab S7+ soon, and will be able to come up with an answer for you. 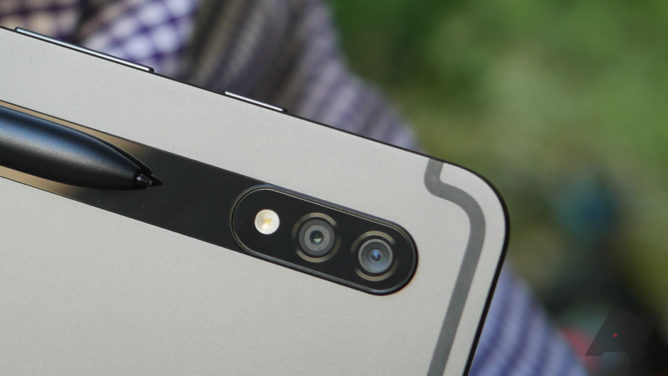