Samsung's Galaxy Tab S6 Lite is, as our own Corbin put it in his review, the Android tablet to beat. It's well built, with a nice display, an included stylus, and a very capable battery. If that sounds like something you'd be into, you can pick one up for $50 off today from a number of retailers.

Of course, you'll have to deal with Android's tablet app ecosystem, which still isn't nearly as robust as the iPad's. There's also no biometric security to speak of, and the screen is LCD rather than the AMOLED found in Samsung's higher-end tablets. But then, at $50 off, it's also a $300 tablet — concessions must be made. 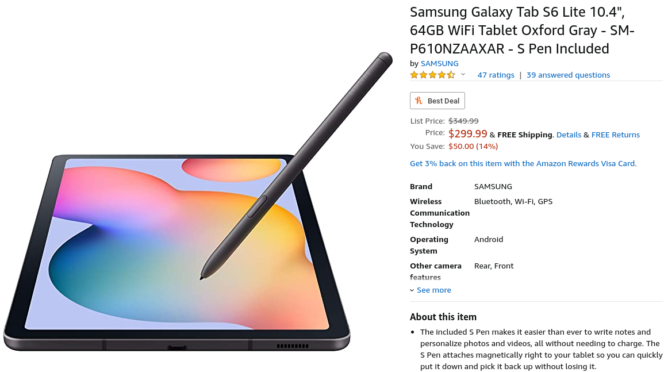 You can pick a Tab S6 Lite up at this price from Amazon, Best Buy, or B&H. B&H also has a few cheaper A-series models on sale, if you're looking to save even more scratch.