Gboard users are being fed some new features that run the gamut from big to small. The biggest out of them is that some Pixel owners are now seeing a new Google Assistant-powered voice typing UI. 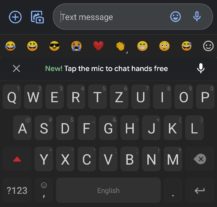 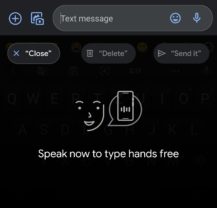 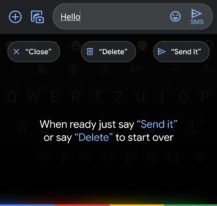 Images via @TotalSecurily and @MishaalRahman.

The dictation UI for devices that support the new Google Assistant — the Pixel 4, 4 XL, and 4a — is advertised with a launch prompt encouraging users to tap on the microphone icon. They'll then see further voice prompts to "Close" the UI, "Delete" words, or "Send it" to send the message. The interface also supports live translations.

Pixel owners were able to take advantage of a similar Assistant voice typing UI sans Gboard for months, though it only worked in messaging apps and required starting with the command "Reply."

These dictation controls were introduced in a demonstration of various and continuous Google Assistant commands during Google I/O 2019, though the UI itself was nothing like the one we're seeing today.

Next, if you don't have a Pixel, but have been missing the ability to undo Google's autocorrections with the tap of a backspace, it seems as though that ability is coming back. We were able to grab the above screenshot from beta v9.7.03. XDA-Developers reports that v9.7 is headed into stable release right now. 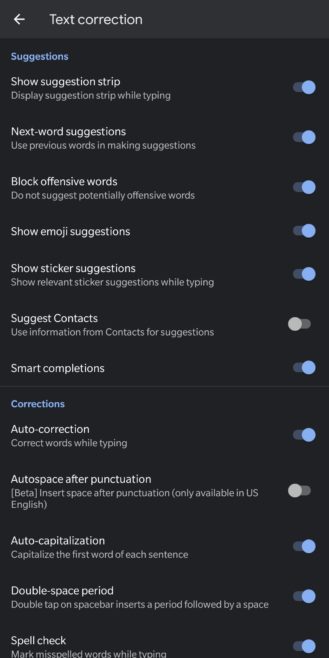 On the opposite side of anti-completionism, smart completions (or, as we've dubbed it, Gboard's version of Smart Compose) also has a toggle here after having hung around since beta v9.5. Again, it appears as though this may have slipped through to some people on the stable v9.7 release.

For what it's worth, on our beta app, the smart completions toggle appeared after the undo autocorrections toggle disappeared, so take that for what you will.

Pixel 4, 4 XL, and 4a pick up security certification from ioXt Alliance — required for ...