The long-awaited transition from Google Hangouts to Google Chat began earlier this year for G Suite users, but signs that the change has also started for general Google accounts have also been spotted. Some folks are seeing Hangouts messages from plain old non-G Suite accounts appearing in Google Chat.

The change was first spotted on Reddit yesterday, corroborated several times by others in comments, though the changes described have yet to appear on any of my own accounts. And note, this appears to be different from G-Suite-to-non-G-Suite messaging Chat previously supported. In practice, for those that have it, messages in a given conversation can be sent from both Hangouts or Google Chat, with replies appearing in both. 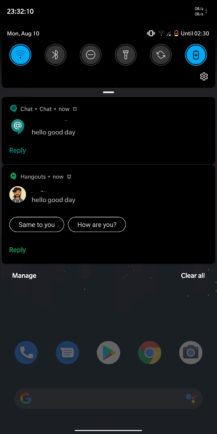 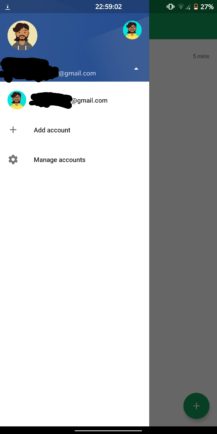 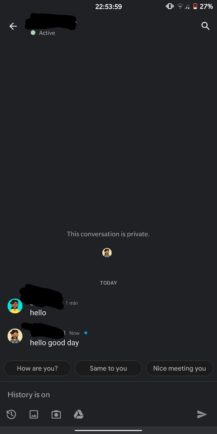 A screenshot (left) showing notifications for a conversation across Hangouts and Google Chat on what another pair of screenshots (center and right) verify are two non-G Suite Google accounts.

According to 9to5Google, full conversation histories are not yet appearing for those that have the feature working, and only more recent messages are included in Chat. Initiating new conversations also doesn't seem to work — while some existing conversations are appearing in Chat, complete with notifications for new messages, those with the change can't yet begin new conversations outside Hangouts. Images sent from Google Chat appear as descriptive links in Hangouts.

This change would seem to mark the beginning of a final migration between Hangouts and Google Chat, which started earlier this year when G Suite users started seeing their Hangouts conversations appear in Google Chat (previously Hangouts Chat). We've known that Hangouts was eventually going to be killed sometime in 2020, and once consumer accounts can see their Hangouts chat history, reply, and start conversations from Google Chat, there's nothing left to keep the "classic" or "legacy" Hangouts around.

The change isn't live for everyone just yet. It may be part of a limited test or even just some technical error on Google's end. But whatever the cause, a final transition between services seems to have started.

TWRP arrives for Snapdragon Galaxy Note9, Motorola One phones, and many more