Following a formal introduction back in June (spotted by Mishaal Rahman), a new Android Developers resource has surfaced, describing that "beginning in Android 11, keyboards and other input-method editors (IMEs) can display autofill suggestions inline, in a suggestion strip or something similar, instead of the system displaying these in a dropdown menu." The document explains that the keyboard will only see your password once you've tapped it, so your information stays as private as in the Android 10-and-lower drop-down based approach.

Chrome for Android already has its own keyboard-docked autofill.

If you'd like to get a glimpse of how this might look like in action, check out Google Chrome's new autofill interface. It's a custom Chrome implementation, so the suggestion strip just sits on top of the keyboard and isn't actually part of it (and doesn't require the keyboard to support anything). Judging from the first image in this post, provided by Android Developers, the implementation will still look very similar to that one.

Both keyboards and password managers need to be updated to make use of the feature, so depending on your apps of choice and the development cycles behind them, you might have to wait a few weeks or months after the Android 11 launch until you'll see passwords, credit cards, and addresses from your password manager in your keyboard.

Commenter revanmj down below provided us with a screenshot of what the integration looks like for 1Password and Gboard in Firefox. As it turns out, the beta release of the password manager and the Google keyboard already both support the new API, so if you're running the Android 11 preview and want to check out the integration, you now know which apps to get. 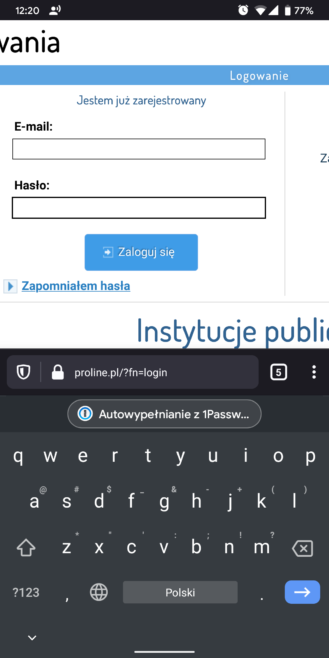