That's what LG's doing for its Velvet, a smartphone with a new design, more affordable silicon powering it, and a price tag that's a pleasant surprise in the era of $1,200 flagships. Is this new approach going to work, or is LG just rearranging the deck chairs on a sinking ship? 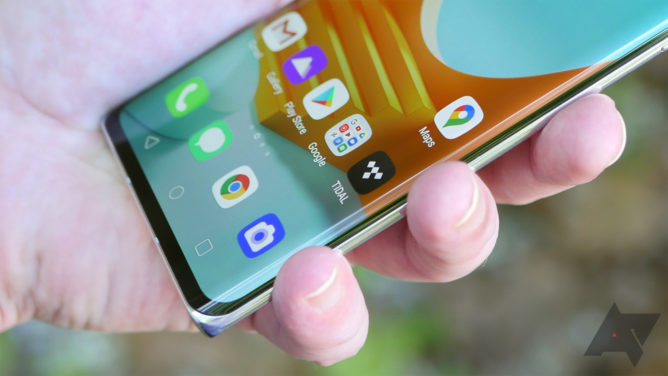 LG's recent handset designs haven't really been what anyone would describe as "inspired," so for the Velvet, the company's trying to shake things up. The handset introduces what LG calls 3D Arc Design, and modernizes its handling of cameras with a new "raindrop" layout.

The primary characteristics of 3D Arc Design are the phone's curved edges: the display's got over-the-edge curves on both sides, and the phone's rear glass curves to meet them. And in the middle of this sandwich we've got a chromed-out metal frame, largely flat on the top and bottom, and coming to a narrow ridge on the sides. 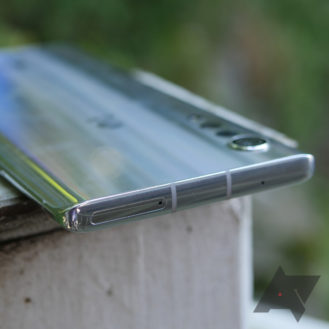 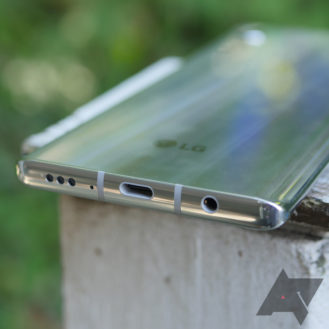 That does succeed at really making the Velvet feel thin in your hand — the impression I get is like buttons floating on the edge of a screen. While I'll give LG credit if that was indeed its main goal, I strongly do not care for this design.

Between the curved-edge screen and metal frame, the Velvet has the look of a round-cornered phone squeezed in a squared-off case, and it really rubs me the wrong way. The diameter of curves don't align with each other, and the effect feels almost haphazard. Tastes will vary, but I'm just not a fan — give me the flat-edge, matte-finish, clean look of the V60 any day. 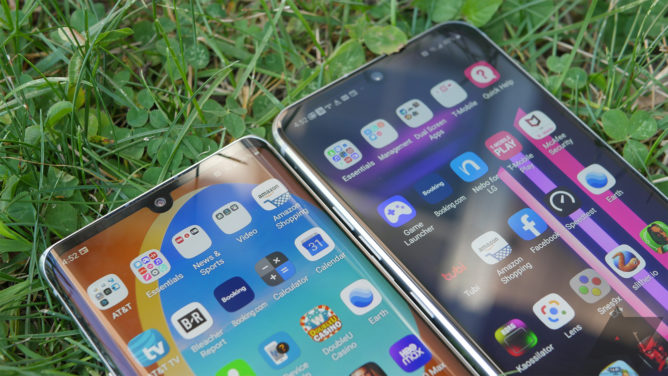 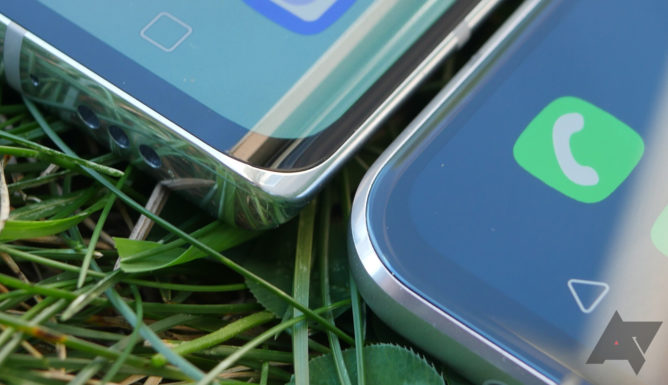 Speaking of the V60, the screen on the Velvet — curved edges notwithstanding — isn't too far off from that flagship's. We've got the same resolution, same (far too big) panel size, and the same shortcoming I complained about then: no high-refresh-rate support. You might argue that at this price we shouldn't even get our hopes up, but tell that to OnePlus.

I've gone back-and-forth with my feelings on the in-screen fingerprint readers on recent LG phones. The G8X was not great, the V60 seemed a bit better, but I'm once again very frustrated with unlocking the Velvet. Multiple attempts are the rule, not the exception. 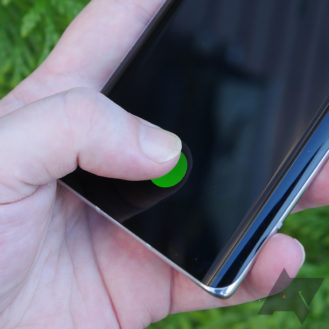 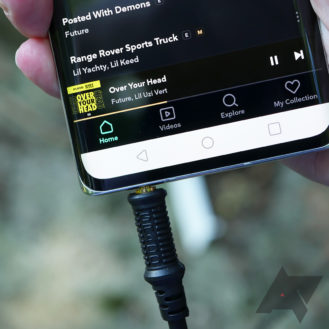 Expect to see that green circle a lot (left); even without a quad-DAC, headphone output's great (right)

This being LG, our old friend the analog headphone jack makes a proud return. Fans of the phone-maker wouldn't be wrong for expecting another one of its quad-DAC arrangements, but (perhaps in a cost-cutting move) the Velvet sticks with plain-Jane audio output. Honestly, the sound quality's fine, which is also very much the case with the phone's nice, loud stereo speakers.

As far as what you'll find in the box with the Velvet, there's not much. You get a 16.2W fast-charging adapter and cable, but that's all she wrote. We don't even get a 25W adapter like the V60 offered. 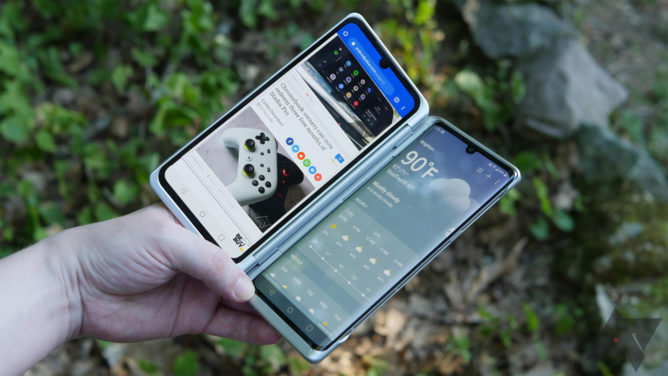 The biggest thing hurting the new Dual Screen is the lack of a bundle deal.

I want to touch briefly on the new Dual Screen accessory for Velvet. Unlike recent LG flagships, no carriers thus far have announced deals that would bundle in a free Dual Screen. So you’ll have to shell out an extra $200 if you want one now. (It remains to be seen if the phone's arrival at Verizon or T-Mobile will change that.) 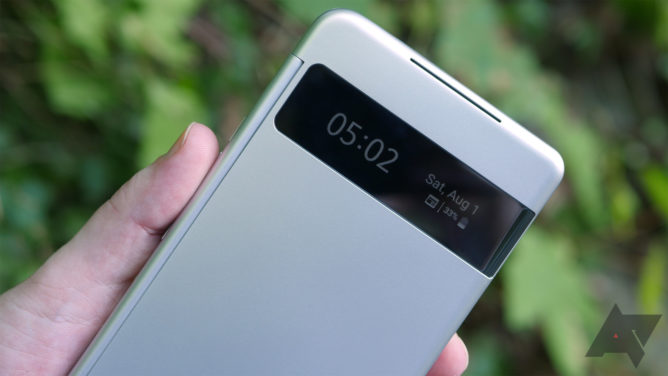 Contrasting the notification display against a lighter shell is an attractive move.

The functional hardware is much like we've seen before: a screen that's the spitting image of the phone's itself (absent those curved edges), cutouts for speakers and the headphone jack, and a reversible magnetic adapter for USB. What is new, though, is the design, dropping the glossy front cover in favor of a matte plastic finish. That results in a two-tone look that really highlights the exterior notification display in a way I very much like. While that's a step in the right direction, it's much more difficult to get the Velvet in and out of this case than past handsets, perhaps a result of its sloped-edge design or offset camera package.

I feel like a bit of an LG apologist at this point when it comes to the software on its phones. Inevitably, it's -fine-. I rarely see design changes that break functionality past the point of no return, and idiosyncrasies are easily enough adjusted to. That's been the situation for years, and it's the same I'm facing with the Velvet UI.

Of all the little things LG's fiddled with, the newly redesigned volume control interface is probably the weakest. Instead of nice, clean stock sliders, we get a colorful, more minimal interface that's style over substance. While a lot could be improved, don't hold your breath waiting for LG to release updates.

This year, LG made the rather controversial decision not to give its flagship smartphone the most top-shelf silicon around, going with the more mid-range Snapdragon 765G. That's a move that spells lower prices, as well as easy 5G support, and honestly few users are really going to regularly push their phones to the limit. It's also something we're likely to see more of going forward, as companies reevaluate their lineup strategies.

So what's performance like, then? That 765G is paired with 6GB of RAM, and while that should add up to perfectly acceptable operation, I often found the UI and apps briefly stuttering — honestly, those hiccups feel more like software bottlenecks than anything, but you just can't help but wonder if an 865 would cut through some of that.

While the Velvet is a 5G handset — the AT&T edition I looked at operates on the carrier's sub-6 network — I've got to be honest: You should not be buying this or any other phone in 2020 because of its 5G support. Between wild differences in availability and performance across networks and the technologies they're using, it's hard to tell anyone they can expect a big improvement over LTE. Testing the Velvet in Boston, I pulled about 70 Mbps down — not exactly Earth-shattering.

Maybe the best thing to come from the decision to go with a 765G is the battery life its efficient design enables. Combined with a decently big 4,300mAh battery, you're looking at day-long operation without breaking a sweat. But much like the performance itself, endurance still doesn't live up to the raw specs — don't count on reliable multi-day usage. In any event, support for wireless charging makes it easy to top-off once in a while and stretch things even further.

I've always got three or four phones on my desk, and when my cat does something cute and I reach for one, it's not the Velvet. The hardware, helmed by a 48MP main sensor, sounds alright — and I am a fan of the new teardrop arrangement — but at best the images it takes are passable. 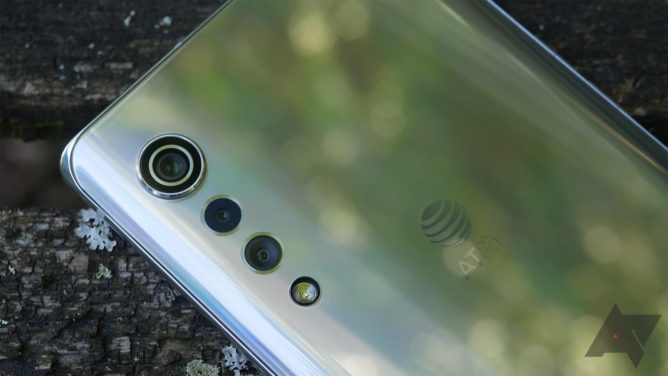 You can tell what LG was going for here, as its processing leaves images very crisp and clean-looking (whereas other OEMs have gone in the complete opposite direction), but almost in an exaggerated, dried-out look. Details are unnaturally sharp, grain is prevalent, and colors can come across quite muted. The main camera can be binned down to 12MP, but doing so doesn't really offer a huge improvement. The loss of detail is noticeable in daylight, and in low-light conditions, the binning still isn't sufficient to compensate. 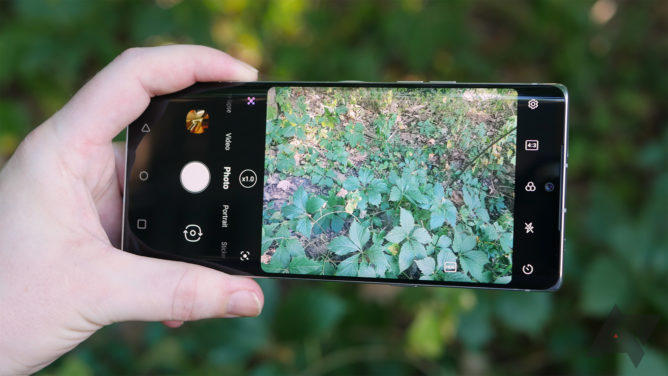 That said, LG's camera does have some fun software to it, from AI-powered scene optimization, video modes like ASMR recording or time lapse, and some surprisingly entertaining selfie bokeh filters. None of this is super-exciting, but somewhat useful in the right circumstances; in the end it's good enough.

LG Velvet
7/10
Maybe. The Velvet is all about two things: a new design for LG phones, and the idea of engineering what's ostensibly a flagship with slightly lower-tier specs and a lower-tier price to match. On the former point, I'd say LG failed — it's different, but not in a good way — though I've heard plenty of opposing opinions, so I'm leaving this one in your hands. As for the silicon and pricing, I'm also not convinced this is a win. The combo almost feels like buying a year-old discounted phone, and I'm not sure that's an experience people are going to seek out.

Right now, I'd say wait to see what T-Mobile and Verizon do. If either of them offers the Dual Screen in a bundle deal — even if that raises the price to around $700 — that could be something worth considering. But right now the Velvet feels like it's got one foot each in two different worlds, and rather than splitting the difference it risks falling through the cracks. 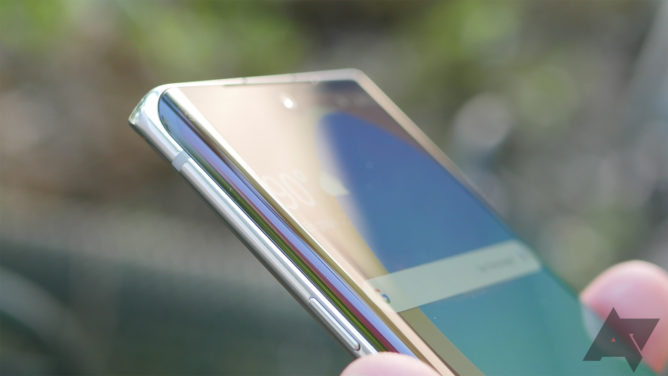