Samsung released its first clamshell-style folding phone earlier this year, the Galaxy Z Flip. Although still a niche device, it seemed to capture the attention of buyers more than the original Galaxy Fold. Samsung announced last month that a slightly-upgraded 5G version was on the way, and now you can buy one from select carriers and retailers.

The Galaxy Z Flip 5G is nearly identical to the original Flip, though it's now using a Snapdragon 865+ SoC with 5G support, instead of the older Snapdragon 855. The only carriers selling the phone so far are AT&T and T-Mobile, which are both charging $1,449.99 for the Z Flip 5G. 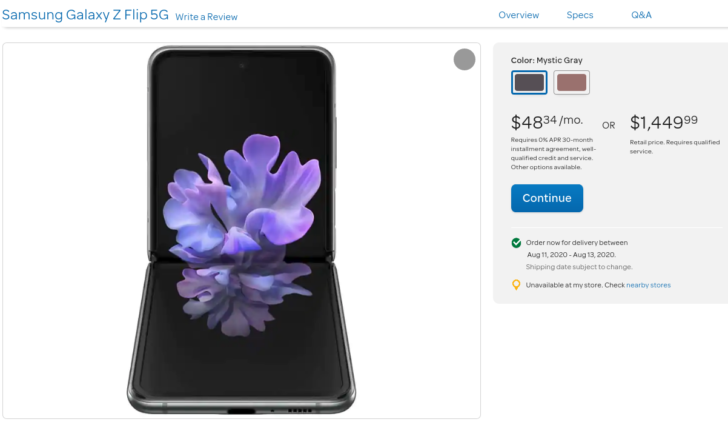 If you're looking for a carrier-unlocked model, you can get one from Best Buy or Samsung's online store. As usual, Samsung will slash the price of the Z Flip 5G if you're trading in an eligible phone. It remains to be seen how many $1.5k phones Samsung will in the United States, where as many as 40 million people are at risk of being evicted due to job losses.

Tasker competitor Automagic has been discontinued, pulled from Play Store