The first Android 11 Beta release introduced a redesign for media controls that moved them into the quick settings panel. In Beta 2, that feature became enabled by default. Today's release of Beta 3 tweaks the new UI to allow the controls to be swiped away — even if the media is still playing.

In the previous Beta versions, there was no consistent way to remove the media controls from the quick settings panel. Even long after a podcast stopped playing, it would still be taking up valuable screen real estate up there:

If you want to get rid of the controls there are a few ways to do that, but they're inconsistent. You'll need to either stop playback and kill the app that started them; swipe left on the notification (which doesn't always work); or stop playback, long-press the expanded controls, and select "Close this media session," which is a little awkward — why not just an X in the corner?

Thankfully, Beta 3 allows the controls to be swiped away, both in the quick settings panel and from the lockscreen. It's still a bit strange, though. For one thing, when you swipe them away, the media doesn't stop playing. In fact, you can still see the media controls if you pull down again from the top and expand the quick settings tray. I can see where this leads: confusion.

Swiping the YouTube Music controls away hides them, but the audio keeps playing.

There's also a new toggle in the "Sound" settings of Beta 3 (also accessible if you partially swipe the media notification right and tap the cog button) that automatically hides the player when the media session has ended. That seems like it'll fix the problem of apps like Google Podcasts sticking around past their welcome. 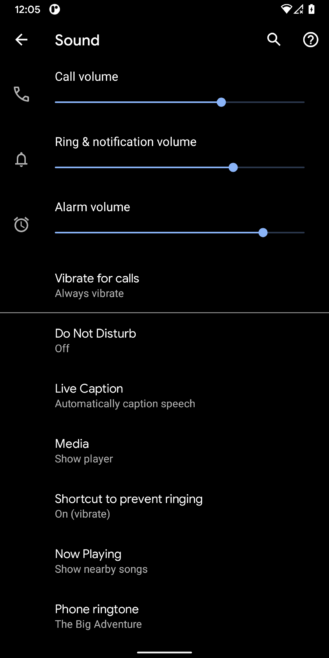 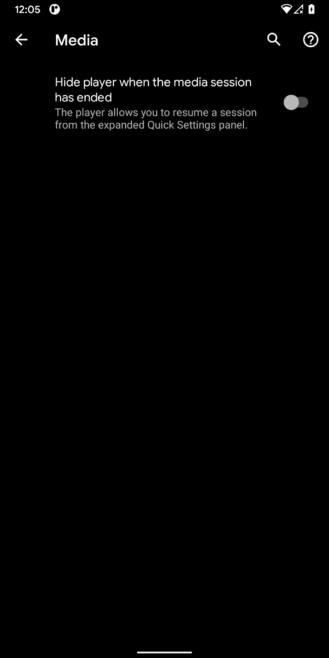 When the new media controls appeared in Beta 1, I was a little dubious, but they grew on me with Beta 2 and now I think it's a nice change for consistency's sake. With this you'll always know exactly where the pause button is without having to hunt through the notification shade, plus you can swipe between different apps' media controls. I'm glad you can actually swipe them away now, too — I just wish it automatically paused the playback.